AUTHOR MARIS SOULE NEVER PLANNED TO TURN HER MYSTERY INTO A SERIES UNTIL... 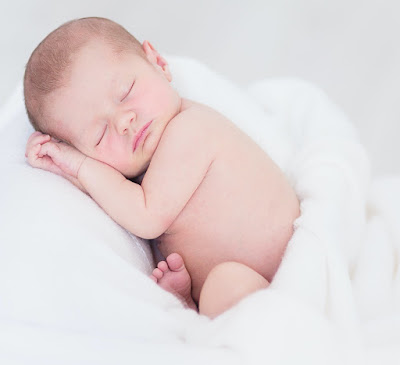 Award-winning author Maris Soule started her career writing romances before switching to mysteries. Learn more about her at her website/blog.

I didn’t plan on writing a series when I published The Crows back in 2007, but once it was out, a librarian asked when the next P.J. Benson Mystery would be published. Why not? I thought. I liked P.J. and I’d left her in a relationship with Sheriff’s Deputy Wade Kingsley that could be explored. And thus came As the Crow Flies, followed by Eat Crow and Die, and then a short story, "Eye of the Crow". At that point, I’d put P.J. through all sorts of drama: people shooting at her, trying to poison her, throwing her down a flight of stairs and robbing her. Also, she was constantly dealing with her schizophrenic mother and worrying that she might have inherited the disease. Poor P.J. It was time to stop getting her involved in murders; however, I’d also left her pregnant. I really did need to write one more book.

In the fourth (and final) book in the series, P.J. is nine-months pregnant. It’s been a long time since I was pregnant, but I don’t think any mother forgets those last few days of a pregnancy when you can no longer see your feet and sleep is a foreign word. I started Something to Crow About knowing I wanted P.J. to have the baby by the end of the book, but I wasn’t sure how to work a mystery into the story. And then I saw my neighbor’s daughter walk by one afternoon, looking like she’d swallowed a watermelon. I stopped her and asked how far along she was and how she was doing, and I discovered not only was she pregnant, she was a midwife.

After talking to her, I began to formulate an idea that would involve a midwife and classes the woman would have for first-time mothers. It’s before and during one of these classes that P.J. once again gets involved in the need to solve a murder. Oh, and one of the fun things I love about writing is learning new things, so I asked my neighbor’s daughter what a midwife did and what equipment one needed, and she invited me over and showed me the bag she brings when attending a birthing. (And yes, I worked some of that into the book.)

Something to Crow About took me a while to write. Last summer my neighbor’s daughter walked by, a darling little girl balanced on her hip. Next time I see her, I’m going to give her a copy of the book she “helped” me write. 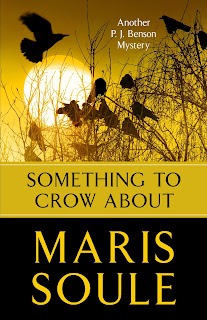 Something to Crow About

Nine-months pregnant, what P.J. wants most is to deliver a healthy baby girl. But when she overhears a former coworker friend say her life is in danger, and an hour later that friend is dead, P.J. feels she must convince the police the hit-and-run wasn’t simply an accident. However, simply relating what she overheard puts her own life and the life of her unborn child in danger. She must discover what her friend took before the next “accident” is hers.

Thanks so much for letting me tell the process I went through coming up with this last book in the P.J. Benson Mystery series. Writing it allowed me to remember back in time to when I had my son (and later my daughter). Thank goodness my experience was much easier than P.J.'s. (Although, I was run off the road by three very big pigs.)

You're welcome, Maris! You'll have to make a return visit to tell us the story of the pigs.

Thanks for sharing the organic way your story evolved, the way you were looking for 'something', recognizing it and then following up on it. I find you can't just sit around waiting for inspiration but have to be kind of looking for it, consciously or not. You have to be on the prod for a storyline to jump out at you.

I never planned my Tempered series either but my 2-books turned into 5 with a spin-off story!
Love when that happens and glad it happened for you.
Good luck and God's blessings
PamT

To "Unknown" What I have found, which always amazes me, is whatever I need comes to me. Yes, I am "kind of" looking for it, for information or something that will make a story better. I'm not just sitting around waiting for inspiration. When I am looking, either the answer comes subconsciously or, more amazing, I'll turn on the TV or radio or pick up the paper and the answer will be there. Or a neighbor's daughter will walk by, and the answer will be there. It's spooky, exciting, and inspiring.

Thanks, Pamela. Yes, I'm very glad it happened to me. Great that it's also happened to you.

Always fascinating to know how ideas for writing come to fellow writers! Congrats on the new novel.

Thanks, Jacqueline. I agree. I enjoy reading how other writers come up with ideas. Sometimes it's amazing.