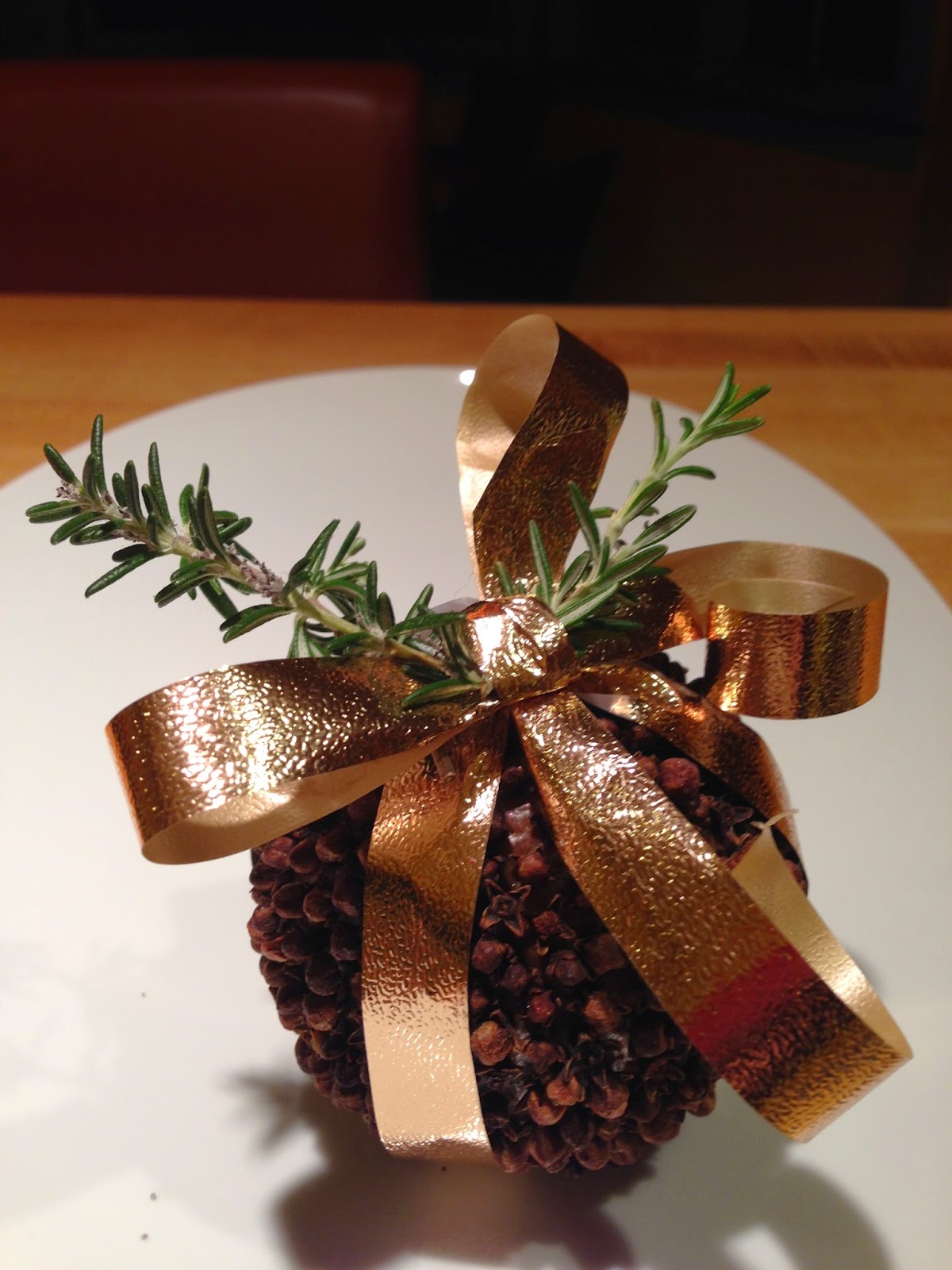 Terry Shames writes the best-selling Samuel Craddock mystery series, set in the fictitious town of Jarrett Creek, Texas. Her first novel, A Killing at Cotton Hill won the Macavity Award for Best First Novel of 2013, and MysteryPeople named it one of the five top debut mysteries of 2013. Library Journal named The Last Death of Jack Harbin one of the top five mysteries of 2014. Her fourth book in the series will be available in April. Learn more about Terry and her books at her website.

An Old Christmas Craft
One of the recurring characters in my Samuel Craddock series is Loretta Sims, a gossipy woman with a good heart—and someone who is constantly busy. She is always baking, cooking, and sewing for friends and family. My imagination is that at Christmas she pulls out all the stops, making Christmas gifts and decorating like mad. I expect that she makes fruitcake, and decorates a tree and the outside of her house with great delight. When her church has holiday events, she’s sure to show up to decorate with poinsettias and garlands of greenery. And she’s sure to bake cookies.

To top it off, I’ll bet she makes traditional gifts and decorations, such as the fragrant, decorative “clove orange” that I’m featuring today. You can use them to lend fragrance to your holiday, and they also make great gifts. There are plenty of recipes for these lovely little “ornaments” on the Internet, but there are a few things that some of the recipes don’t tell you. I’ll fill you in on a few.

First, you need a lot of cloves.. 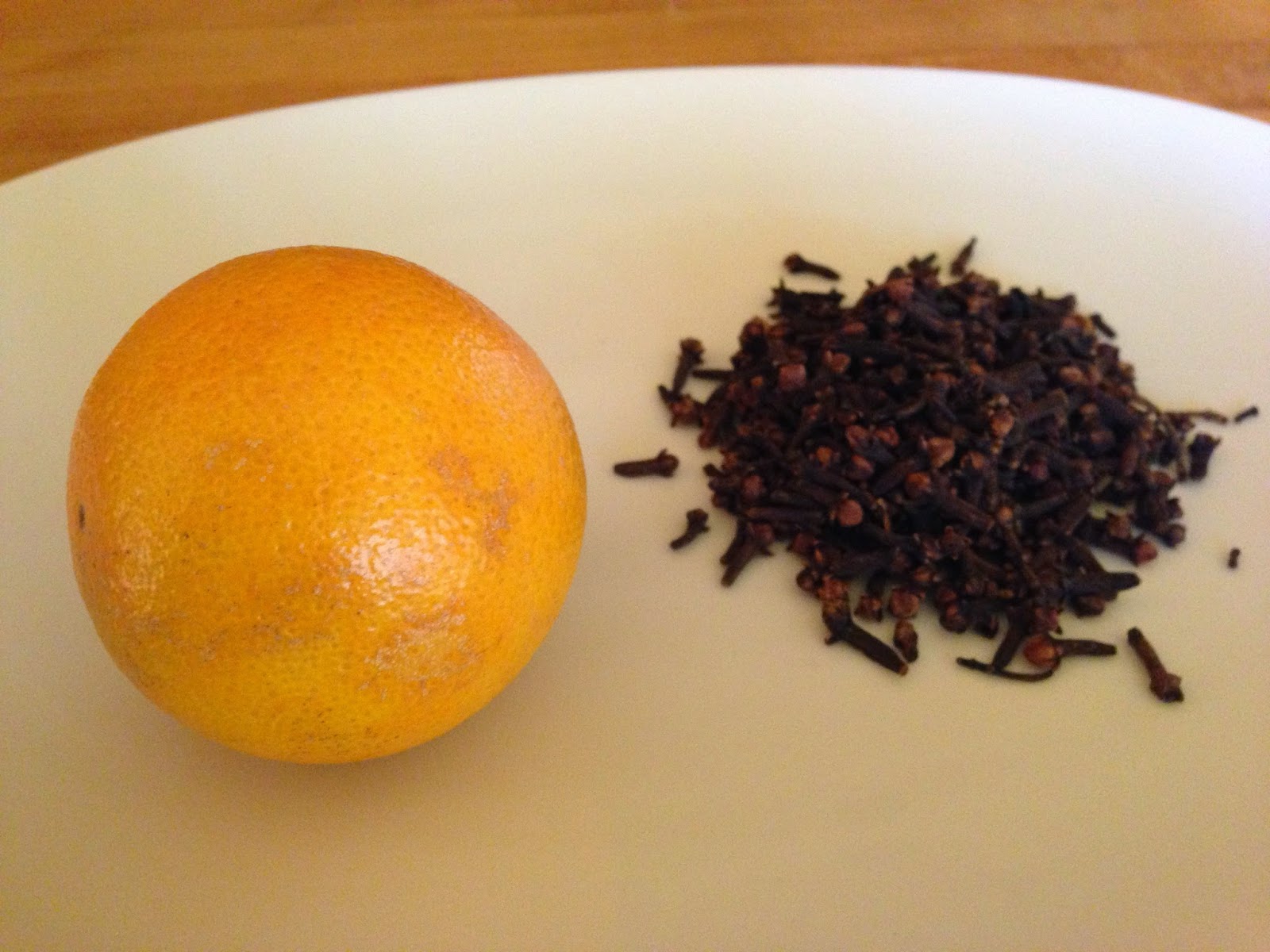 Don’t think that a half-full bottle of old cloves will do the job. Buy a whole bottle so you don’t have to skimp. If you’re starting out, you might want to consider buying a smallish orange. Then if you enjoy making these, you can always use bigger oranges next time

Now you have the cloves and the orange, and you need a nail. That’s right, a small nail with a sharp tip. Starting at one end of the orange, poke about a dozen holes in the orange close together. Then poke a clove into each hole.

When I first started making these balls years ago, no one said anything about a nail, and it was really hard poking the skin of the orange with the tip of the clove—making for a very sore thumb by the end. But if you use a nail to poke little holes in the orange, it makes placing the cloves much easier. Don’t make too many holes in advance of your work, because the holes tend to close up. Also, sometimes if you poke too deeply, juice will come out of the holes and you’ll have a mess if you’ve poked too many of them.

Many recipes will tell you to make a straight line or other pattern. This is totally unnecessary. Once you’ve covered the whole orange, you can go back and fill in spaces. You do have a decision to make about how many cloves you’re going to put into the orange. I’ve seen oranges with a bare minimum of cloves, which is okay, but you have to be aware that the orange may start to rot if you don’t have enough cloves in it to act as a preservative. I prefer to fill in all the space, like this: 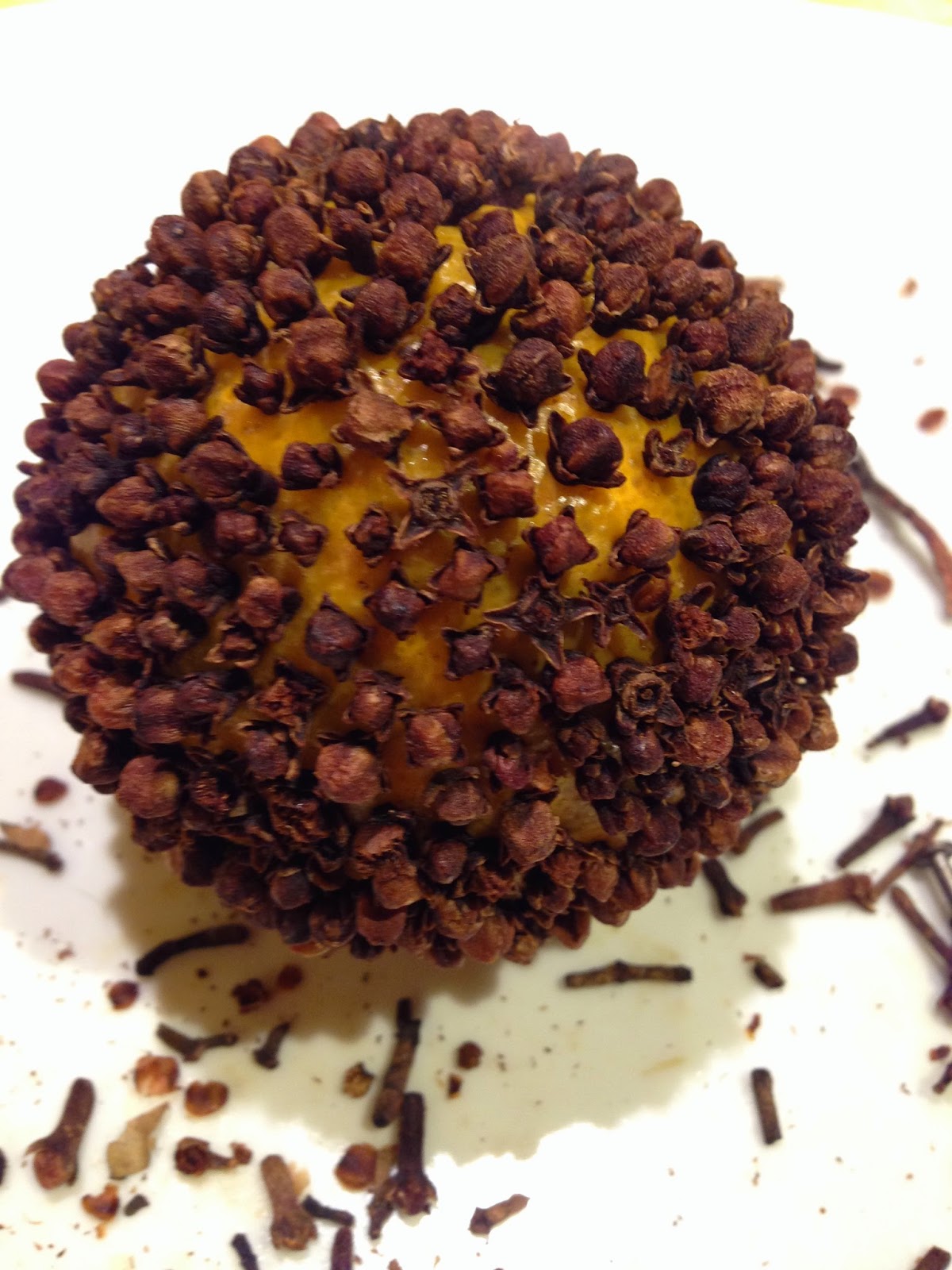 Now you can decorate the ball as you wish. I always like to put pretty ribbon around it, leaving a nice bow so you can hang it somewhere. You can be creative and use whatever you like to decorate, but I guarantee what you’ll have is a wonderful scent in the vicinity of the orange as well as a pretty decoration. If you keep the orange for next year, you can refresh it by dusting it with a combination of powdered cloves and cinnamon.

One of the tips they don’t tell you is that if you use bare hands, your fingertips and under your fingernails will have a clove scent and dark residue for a couple of days, not matter how hard you wash your hands. 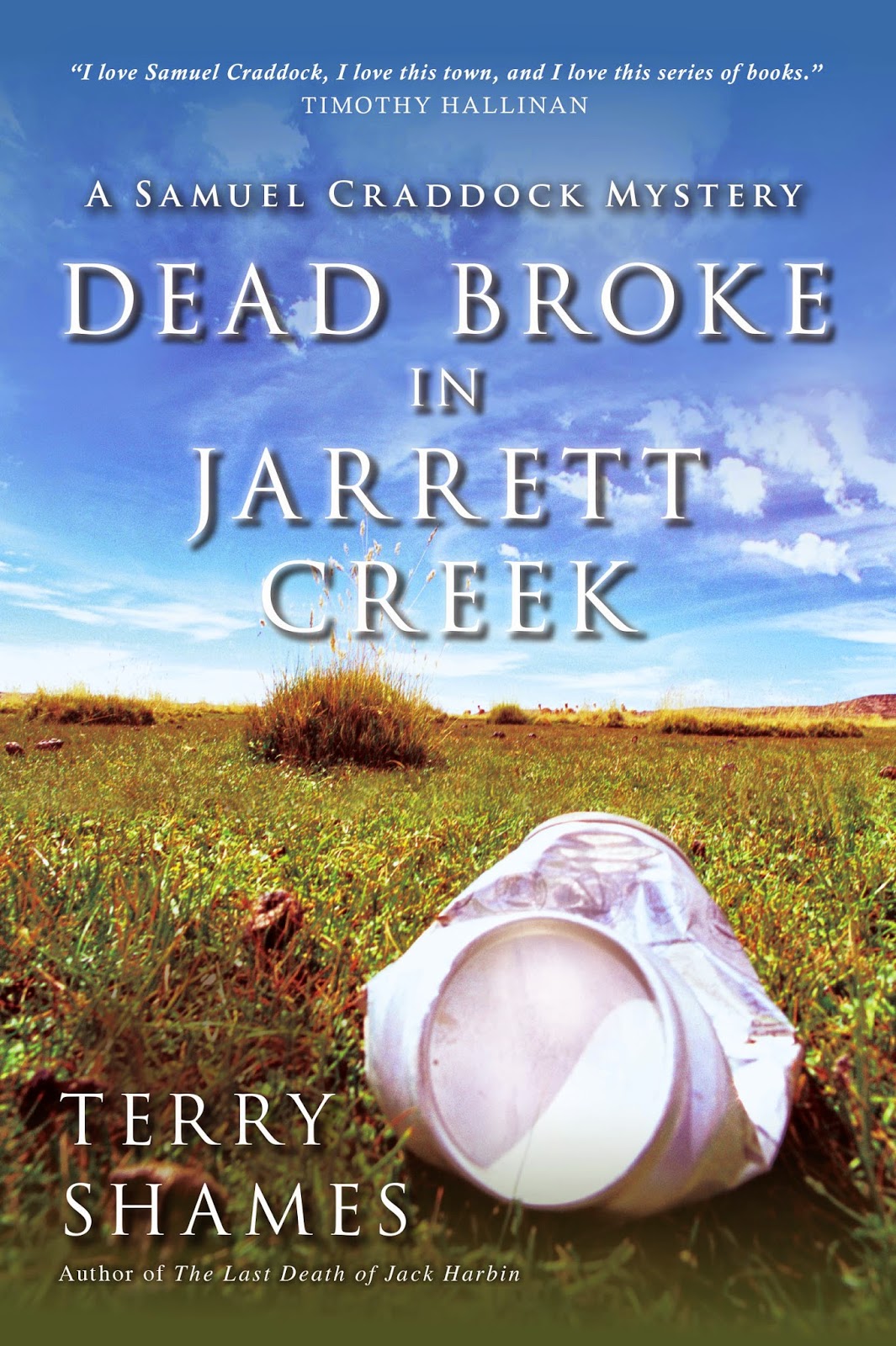 Dead Broke in Jarrett Creek
With Jarrett Creek bankrupt and the police department in disarray, Samuel Craddock becomes temporary chief of police by default. Faced with a murder investigation, Craddock discovers that the town’s financial woes had nothing to do with incompetence and that murder is only one of the crimes he has to solve.

That's lovely! Thanks for sharing!!

Angela, it was fun!