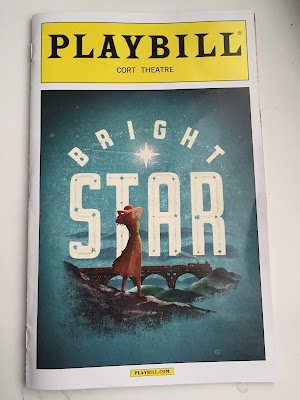 Every so often we like to change things up a bit on the blog to keep it fresh and interesting. Today we kick off with a new feature: Favorites, Failures & Frustrations. For FF&F we’ll feature guest bloggers who will pick one of the three topics to discuss.

For Failures our guests will discuss things they’ve tried and failed at and what they’ve learned from the experience.

And finally, in Frustrations you’ll read about those things that set our nerves on edge or drive us crazy—everything from the writer dealing with a sagging middle in her latest novel to the dieter trying to shrink an expanding middle.

Our inaugural segment begins with Anastasia’s author Lois Winston sharing one of her favorite pastimes.

My Favorite Pastime
I love Broadway theater, both musicals and plays, but especially musicals. I would have loved a career on the stage. Unfortunately, I can’t sing, I can’t dance, and I can’t act. Those facts were made abundantly clear to me the one and only time I ever tried out for a school production. Talk about a humiliating moment!

But I digress. This post is about my favorite pastime, not one of my great failures in life.

Growing up outside of Manhattan, I was exposed to theater in my early teens. Back then you could buy what were called Student Rush tickets. My best friend and I would take the bus into Manhattan and for little more than the cost of going to the movies, we saw live theater productions with some of the most famous stars of Broadway.

The first show we ever saw was Promises, Promises with Jerry Orbach. You might remember him as the father who kept Baby in the corner in Dirty Dancing or as Detective Lennie Brisco in the original Law & Order series.

Times have changed, though, and going to a Broadway show has gone from a typical monthly date night for my husband and me to a splurge we treat ourselves to only a few times a year. The reason? A ticket to a Broadway show now costs about ten times what a movie ticket costs—and we all know movie tickets are no longer cheap! What did you pay to see the new Star Wars movie a few months ago? Yowza! I’m a Netflix gal and hadn’t been to the movies in ages. Talk about sticker shock!

Sometimes my husband and I are lucky enough to score half-price tickets (more on that in a moment), as was the case a few weeks ago when we saw Bright Star, the new musical written by Steve Martin (yes, that Steve Martin) and Edie Brickell, wife of Paul Simon.

If you’ve ever been to New York, you probably know about the TKTS booth in Times Square. Get on line (a very, very long line), wait a few hours, and you can buy half-price tickets to that day’s shows if there are any tickets available. Often if a show is in previews, you can see it at half-price before it becomes a hit, and tickets are impossible to get at any price.

But here’s a little secret that few people outside the New York metro area know. It’s called Playbill.com, and you can buy half-price tickets to many shows days or weeks ahead of time and without waiting on that long line in Times Square.

So if you’re planning a trip to New York in the future, treat yourself to a show without spending an arm and a leg through the normal channels that also add another 25-30% service charge on top of those already expensive tickets. And to save even more money, print out the offer and bring it to the box office instead of ordering by phone or online.

Some of my all-time favorite shows (in no particular order):
Wicked
Something Rotten
The Producers
Ragtime
Chicago
Les Miserable
Peter Pan
South Pacific
The King and I
Miss Saigon
Showboat

What about you? Do you have a favorite show you’ve seen on Broadway or at a regional theater?

~~~
USA Today bestselling and award-winning author Lois Winston writes mystery, romance, romantic suspense, chick lit, women’s fiction, children’s chapter books, and nonfiction under her own name and her Emma Carlyle pen name. Kirkus Reviews dubbed her critically acclaimed Anastasia Pollack Crafting Mystery series, “North Jersey’s more mature answer to Stephanie Plum.” In addition, Lois is an award-winning craft and needlework designer who often draws much of her source material for both her characters and plots from her experiences in the crafts industry. Visit Lois/Emma at her website. Sign up for her newsletter  here.

Hey Anastasia, hello from super sleuth Carol Andrews from Susan Santangelo's Baby Boomer mysteries. I don't know how you two keep coming up with such creative ideas! I love Broadway shows, too. Or, to be more accurate, I'm sure I'd love a Broadway show if Susan would ever take me to one. But here's a shout-out to a favorite theater of Susan's, Paper Mill Playhouse in Millburn NJ. I think that's right near you, right? Found out that PMP is getting a regional theater award at this year's Tony Awards in June. How cool is that?

BTW, Anastasia, if you could figure out a way for us to communicate directly instead of always involving Lois and Susan, that'd be great. We are so simpatico!

I love live theater, and fortunately we have a fair amount in the Boston area. We usually get season tickets to the Gloucester Stage Company (in, where else, Gloucester MA). The artistic director changes fairly often, which means we get a variety of plays, and exposure to lots of different playwrights.

Congratulations on your new blog themes--f,f,and f. I relate to all three.

Hi Carol! Lois has season tix to Paper Mill Playhouse. I, of course, never get to see anything because Dead Louse of a Spouse left me one step away from living out of a cardboard box, but I share the fun vicariously. Paper Mill has been the scene for many tryouts of possibly Broadway-bound shows. One of this year's musicals, Bandstand, is headed to Broadway, and another, Bronx Tale, will probably follow. One of the great aspects of Paper Mill is seeing Broadway calibre shows with Broadway actors for far less than the Broadway calibre prices.

Susan, I've heard wonderful things about Boston regional theaters. We'd love to have you make a return visit to the blog to talk about one of your F, F or F's.

I love Broadway too, and (unfortunately) know all about those high prices. But the link you provide goes to a bill-paying site!
Sandra

So sorry about that, Anonymous. The link is correct now. It's Playbill.com.

You mentioned Jerry, and reminded me how much I miss my "Lenny."

He was a great actor, Angela.

Our one extravagance was subscribing to the Broadway touring season when we lived in upstate NY. Thus we saw many wonderful musicals, of which my favourite is Les Miserables. In fact, we went to see it a second time when another touring company performed it. It is my contention that if Master of the House does not bring the house down, no pun intended, the audience needs poking with a sharp stick. In fact, it's one of those amazing songs where one hearing will fix a big part of the lyrics in the mind immediately. My other favourite was Fiddler On The Roof, and it was interesting after the wedding scene attack at the end of the first act the audience was very quiet.

Since we now live outside (way outside!) even the touring companies' circuit, we've discovered a nearby college has a wonderful theater department - and inexpensive tickets.

I haven't been to NY, but would love to go one day and attend a play. Thanks for the tip.

I will remember Jerry Orbach as El Gallo/Narrator in The Fantastiks.

Yes, another amazing role of his.