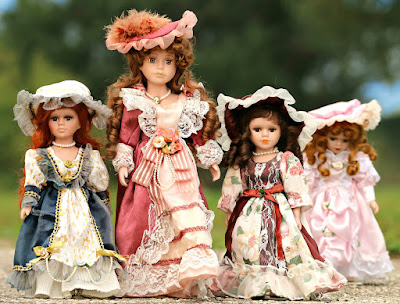 Before I was even a flicker of an idea in author Lois Winston’s mind, she wrote an award-winning book about another crafty heroine. But Lois plopped doll-maker Emma Wadsworth into the middle of an edgy romantic suspense. It was the first books she ever wrote, the second book she sold. And I have to say, as much as I complain about the dead bodies Lois constantly throws in my path, she did far worse to poor Emma.

Emma’s story grew out of an actual murder that took place in Philadelphia in the 1990’s. As far as anyone knew, Stephanie and Craig Rabinowitz were the perfect couple. Successful professionals, they lived the good life on Philadelphia’s Main Line with their baby daughter Haley—until the day Craig found Stephanie dead from an apparent drowning in their bathtub.

But Stephanie’s death wasn’t the result of a terrible accident. She was murdered. The case rocked, then shocked, the City of Brotherly Love when the killer’s identity was revealed. It turned out Craig Rabinowitz had a secret life, one that turned deadly.

As far as anyone knew, Emma Wadsworth was a renowned doll designer born into one of Philadelphia’s prominent families. But Emma, too, had a secret life, and like Craig, her carefully kept secrets eventually begin to unravel, and she’s accused of murder.

However, Emma is the heroine of a romantic suspense novel. By definition a romance has to have a happily-ever-after, and Lois does give one to Emma—after she puts her through a heck of a lot of grief. 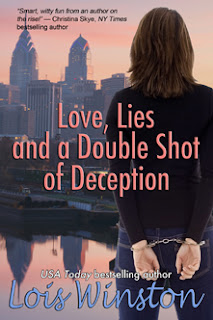 Love, Lies and a Double Shot of Deception
Life has delivered one sucker punch after another to Emma Wadsworth. As a matter of fact, you could say the poor little rich girl is the ultimate poster child for Money Can’t Buy Happiness — even if she is no longer a child.

Billionaire real estate stud Logan Crawford is as famous for his less-than-platinum reputation as he is his business empire. In thirty-eight years he’s never fallen in love, and that’s just fine with him—until he meets Emma.

Wow! I had no idea this sad bit of history was behind your read.

Angela, Lois draws most of her plots from real-life events. Thanks for stopping by.