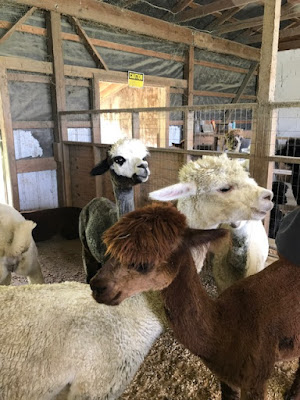 Emmie Caldwell is the pen name of Mary Ellen Hughes, national bestselling author of the Keepsake Cove Mysteries, the Pickled and Preserved Mysteries, the Craft Corner Mysteries, the Maggie Olenski Mysteries and now the Craft Fair Knitters Mysteries. Learn more her and her books at her website.

How a Wicked Yarn Began and Grew

My protagonist of A Wicked Yarn, Lia Geiger, is an expert knitter, as is her long-standing group of friends, the Ninth Street Knitters, whose love of knitting joined them together. Having run out of people to knit for, Lia began running a booth for the group at the Crandalsburg Craft Fair to sell their knits but soon got into more than she bargained for.

I created Lia and all the characters in A Wicked Yarn, to tell a mystery story. But I made Lia an excellent knitter as one way for me to also create beautiful knits, but with much more ease and speed, not to mention skill.

I learned to knit as a child from my mother, as I’d guess many knitters have. My first attempt at about six, I think, was a scarf, and I do remember it growing wider and wider as it grew longer, which was not my intention. I kept no pictures of that. 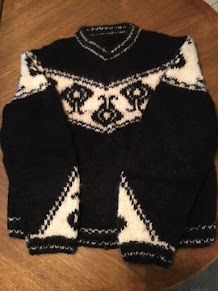 I got a little better over the years, and when my husband and I were dating and we took up downhill skiing, I decided to knit him a ski sweater. My lack of experience led me choose a beautiful pattern but one that called for a double yarn of worsted and mohair. It took me a while (a subsequent engagement and wedding soaked up a lot of free time – no surprise!) but once I finished, I was delighted to see that it actually fit! Unfortunately, it was quite warm. Quite warm. Perhaps if we were living in Alaska, it might have gotten more use. But Maryland winters led my husband to beg off  wearing it except for a few ice skating sessions, and even then, since the skating rinks were indoors, he suffered.

The sweater has been in a drawer  more than not, since then, and though I did knit a few things for my children over the years, writing gradually took over my creative time.

Enter A Wicked Yarn. It’s always important for authors to know what they’re writing about, so when Lia got a commission for an alpaca sweater, I wanted to know all about alpaca yarn. The best way for me was to visit an alpaca farm, one where they bred alpacas, sheared their fleece, and turned it into yarn, all on the premises.

What a delight! Alpacas are absolutely wonderful animals – friendly, curious, and fuzzy. At the Painted Sky Alpaca farm in Maryland, they were well cared for and loved. After I spent time with many of the alpacas, the owners walked me through the process of washing and spinning alpaca fleece into yarn, some of which was then dyed, and some left in their natural colors.

After my time at Painted Sky, I wrote an alpaca farm into the plot of A Wicked Yarn, because why not? If I enjoyed my visit so much, I think my readers will too!

Of course, since it’s a mystery, I also slipped in a murder or two, and plenty of danger. But rest assured, no alpacas are harmed. My knitter? Well, it’d be telling too much to share what happens to her. But the mystery does get knotty, and Lia’s investigation grows a bit tangled for a while. But it all knits up in the end, knitters, craft fairs, alpacas, and all. A Wicked Yarn is, after all, a cozy mystery, perhaps as warm and cozy as an alpaca sweater, which was my goal. I hope you’ll enjoy it. 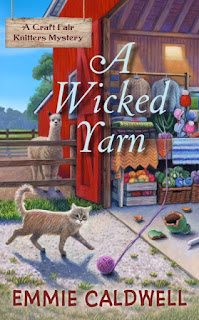 Mother's Day should be a cinch for the good folks of the Crandalsburg Craft Fair, and knitting enthusiast Lia Geiger has a good feeling about this year's yield. But things quickly get knotty when Lia's daughter announces she's quit her job and Lia finds herself tangled up in the murder of her best friend's ex-husband. While Belinda's alibi quickly gets her off the hook, nasty rumors spread throughout Crandalsburg that shroud the entire fair in suspicion.

Could the vendors be responsible for the murder of a man hell-bent on unraveling the fair just days before his death? Lia and her crafty group of Ninth Street Knitters must put down their needles to gather clues and save the crafting community they've grown to love

Thank you for hosting me on your blog, Anastasia.

Glad you could stop by, Mary Ellen. Happy New Year!