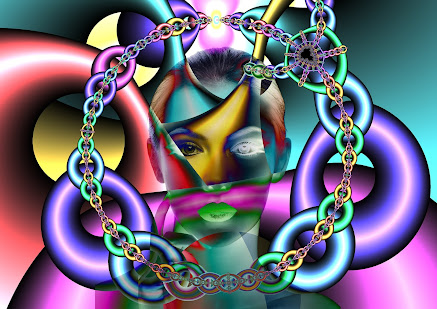 Today we sit down for an interview with psychological thriller and romance author D.M. Barr. Learn more about her and her books at her website.

About forty years ago when I attended a summer writer’s conference for nonfiction but wandered into a fiction writing class by mistake. It took me another thirty years or so to get up the guts to do it.

I worked on my first novel, Expired Listings, for about ten years on and off before it was published in 2016.

Usually on my family room couch but I can write wherever I need to.

Some of the characters are drawn from real life but if I told you who, I’d be up to my eyeballs in lawsuits. So let’s just say they’re all fictional. 😊 Seriously though, Expired Listings is about a real estate broker (which is what I was at the time), Slashing Mona Lisa deals with weight issues (I’ve yoyoed all my life), and Saving Grace is an allegory for women over forty who don’t feel like they’re being heard. That would be me 😊.

For some characters, I Google what names were popular at the time they were born. But usually, the names just come to me.

A combination. Rock Canyon is based on Rockland County, Glen Valley is a made-up NJ town but the towns around it are real.

They tend to spout sayings from their grandparents or parents who are from other cultures.

I pun. I’m told this is very annoying. And yet, I persist.

The Bible. It’s done quite well. 😊 Seriously though? I wish I’d written The Hating Game.

I wish I’d had the guts to write fiction when I was younger.

I wasted eight months at a travel company that didn’t listen to my suggestions, though they’d hired me as management, and then laid me off when their misguided policies didn’t yield the sales results they expected. Plus, they looked down on women in general.

Impossible to answer with just one book. Loved Atlas Shrugged, The Fountainhead, The Grapes of Wrath,Lonesome Dove…it’s just an endless list and it keeps changing, the more I read.

City girl who loves to escape to the country.

I’m pitching a rom-con that deals with overcoming the regrets of the past. And researching a nonfiction travel book I’ve wanted to write for the past fifteen years.

I’ve admired authors all of my life. To be one of them is the greatest honor I could ever imagine. The other day someone in Sao Paolo sent me a note on Facebook, telling me she couldn’t wait to read Saving Grace. The idea that I could write a book on my family room couch that could entertain someone in Brazil I’ll likely never meet is amazing. 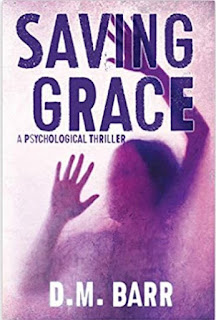 Grace Pierrepoint Rendell, the only child of an ailing billionaire, has been treated for paranoia since childhood. When she secretly quits her meds, she begins to suspect that once her father passes, her husband will murder her for her inheritance. Realizing that no one will believe the ravings of a supposed psychotic, she devises a creative way to save herself—she will write herself out of danger, authoring a novel with the heroine in exactly the same circumstances, thus subtly exposing her husband's scheme to the world. She hires acclaimed author Lynn Andrews to help edit her literary insurance policy, but when Lynn is murdered, Grace is discovered standing over the bloody remains. The clock is ticking: can she write and publish her manuscript before she is strapped into a straitjacket, accused of homicide, or lowered six feet under?

With a cast of secondary characters whose challenges mirror Grace's own, Saving Grace is, at its core, an allegory for the struggle of the marginalized to be heard and live life on their own terms.

Hi, the link to the website is not working. it's www.dmbarr.com .