MYSTERY AUTHOR MARILYN MEREDITH ON WHERE HER IDEAS COME FROM 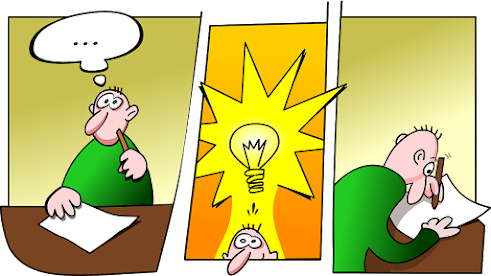 Marilyn Meredith is the author of forty-plus published books including the Deputy Tempe Crabtree series, and writing as F. M. Meredith, the Rocky Bluff P.D. series. Besides writing she enjoys spending time with her husband, children and the greats and grands. Learn more about her and her books at her website and blog.

The Hatching of Ideas and Characters

“Where do you get your ideas for your books?” is probably one of the most asked questions of authors. Second, is “How do you develop your characters?”

Ideas are everywhere. Sometimes a newspaper story sparks an idea for a plot or sub-plot, or it could be a place. The Deputy Tempe Crabtree mysteries began after I moved to a small foothill community, which is much different from the larger cities I’d lived in before. Most of the stories are based in and around where I live with some fictional changes. Tempe has also gone to other places, including the mountain town of Tehachapi which has the most wind turbines in California, and became the kernel of the plot for Spirit Wind.

Three women gave me the idea for the Tempe Crabtree character. One was a female resident deputy in the town I lived in, the second, the only woman police officer at the time in the city closest to where I lived, and a young Native American woman I met. I had interviewed the deputy for a newspaper article. I went on a ride-along with the police officer, and she told me about her job and being a single mother. I was fascinated by the native woman, her appearance, and her stories. Together, these strong women became Tempe.

When I did a book signing in Crescent City, I met a Totowa native and she told me so much about her life growing up, stories about her people, and so much more. We became good friends, and she became two characters in Kindred Spirits.

My Rocky Bluff P.D. series is set in an imaginary beach town on the coast between Santa Barbara and Ventura and resembles the beach town I lived in for more than twenty years. My son-in-law, a police officer, fascinated me with his stories when he stopped by for coffee at the end of his grave-yard shift. I heard more tales from the several officers who lived in our neighborhood. And I have to admit, some of those men became the inspiration for characters in this series.

Ideas come from all around. As a writer, I pay attention to what goes on around me and take notice of interesting people, what they look like, what they wear, and I admit, on occasion, I eavesdrop on strangers’ conversations.

The latest offering in the RBPD series, Not As We Knew It, focuses on the officers and their families as they cope with Covid-19. My grandson, who is a police officer, gave me some insights into what might be happening in Rocky Bluff. I know my characters well enough to figure out how each of them would react to all the restrictions they face. Since the series is more or less in real time, I didn’t think I could ignore what is going on all around us. 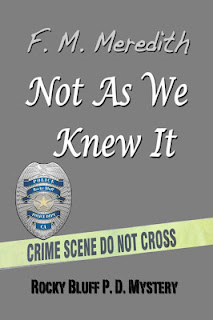 Not As We Knew It

The challenges come one after another for the Rocky Bluff P.D. to handle--from a missing woman to a fatal house fire. Detective Doug Milligan is faced with new and unusual problems to solve, some on the job and others related to his family. Gordon Butler isn’t too happy that his wife was chosen to train the latest new-hire. With the department shorthanded, Chief Chandra Taylor must make some hard decisions in order to protect the town of Rocky Bluff. Her romance with the mayor, which had been put on hold, is refreshed when she seeks his help.

Thank you so much for hosting me today! I always enjoy my visits here.

What an interesting post. Thank you, Marilyn and Anastasia! I agree--the ideas, or at least seeds of them--are everywhere. This is how I justify the variety of content I post on my website, which violates every admonition to appeal to a specific audience. I call it "trolling for ideas" rather than "unfocused." Love the multistrand origins of Tempe and how you've woven them together.

Excellent post, Marilyn! Enjoyed, especially about Tempe. In a post I have coming up Wed, I'm talking about characters and how important they are--and I reference you, Tempe, and Gordon!

Thank you, vweisfeld, for your comment. Tempe has definitely become a person of her own.

And Madel, I think it's interesting you nentioned Gordon since he's a favorite.

It's always so interesting to see where your ideas come from. Thanks for the peek inside, Marilyn!

Thanks for stopping by, Thonie!

Thank you for answering the question of where your characters come from. They all seem so real...and they are! (Sort of.) Can't wait to find out out your police characters, the ones who can't hide out at home because of their jobs, cope with it.

What a great post, Marilyn! I think it's fascinating how seeds of real life help fuel fictional characters. I'm a big fan of Tempe for that reason. She seems so real!

Enjoyed reading about how you get your ideas for characters. . Thanks for sharing.