AN INTERVIEW WITH DR. MIRABEL CAMPBELL FROM AUTHOR CJ PETTERSON'S THRILLER, THE DAWGSTAR 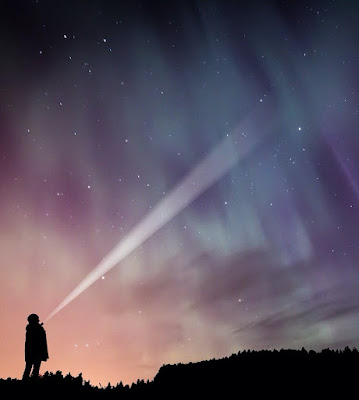 Today we sit down for a chat with Dr. Mirabel Campbell from author cj petterson’s thriller, The Dawgstar.

Oh my. I was a lab rat, a scientist working on a world-wide genome project and living a quiet life in a small town. If you think it sounds boring, I’ll have to admit I was beginning to think so, too.

I like that once I make a commitment to some thing or someone, I follow through. Okay, the divorce was a different matter. I also have a very good work ethic. I know that sounds like I’m boasting, but it’s simply the truth.

What I like least about myself is my stubbornness and determination to make my own decisions, a trait that put other people in danger.

She dropped me out of the sky in a plane crash, had me walking through the desert for two days, and then sat me down right on top of a rattlesnake. Egads, the woman is insane.

I like to say I knew better than to argue with her. Who knows what she would’ve had me doing if I made her mad?

What is my greatest fear? You mean besides spiders and snakes?

Good friends, good times, success, love. Let’s say after going through what I went through, just being alive makes me happy.

If I could rewrite part of this story, my dear, sweet friend Dan wouldn’t die. I’d only let him get injured so I could give him all the TLC he needed and nurse him back to health.

The character that bugs me the most is Esther, the sheriff’s new deputy. For some reason, we didn’t hit it off from the first second we met. I tried to be friendly, but she just brushed me aside. After the sheriff was murdered, she was really imperious, barking orders and sitting in the sheriff’s chair like it was already hers.

Of the other characters in your book, which one would you love to trade places

I think Lisa would be a good character to trade places with: Tall, model-thin, milk-chocolate eyes, a mane of blond hair, and girlfriend of the most eligible bachelor in town.

Tell us a little something about your author.

cj petterson is the pen name of Marilyn A. Johnston. A Texan raised in Michigan, Marilyn now lives in the hellacious heat and humidity of Alabama’s Gulf Coast.

She writes contemporary suspense/thrillers and mysteries with a touch of romance. I like that her strong protagonists and supporting characters take readers on a fast journey through stories filled with suspense and action. I especially like the sassy dialogue she put in my mouth. Several anthologies have published her nonfiction and fiction short stories, including a paranormal or two.

Where can readers find her website/blog?

That’s a million-dollar question. The one thing I’m absolutely sure of is that I won’t be spending the rest of my days hiding away in a laboratory. Been there, done that. I’ve got an opportunity to work with a private investigator in Sacramento. You know, doing things like follow cheating husbands and wives. But after my adventure in The Dawgstar got the sheriff murdered, I’ve been thinking I could make up for that by taking up where he left off and run for the job of sheriff. Imagine me, a lab rat being elected sheriff. My ex-husband thinks I’d look pretty sexy with a gun on my hip and a badge on my boob. I haven’t made up my mind yet. What do you think I should do? 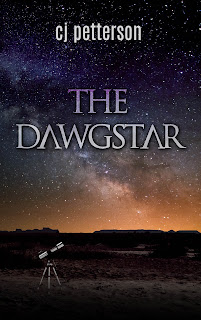 Mirabel Campbell is a brilliant but bored scientist and amateur astronomer who wants to trade her microscope and telescope for a career with more excitement. She abruptly gets her wish when she spots what she thinks might be a new comet in the night sky. What she doesn't know could kill her because the flash of light is really a top-secret nanosatellite, and its discovery combined with her scientific specialty makes her the target of a mysterious psychopath who sends an assassin to silence her. Instead, friends begin to die around her. As if that wasn't enough, Sully, her CIA ex-husband gets involved, and she has to deal with some long-buried emotions. Mirabel must learn how to stay alive in a covert world of political intrigue where the unexpected is the norm, and she's not the kind of woman who'll wait for her ex-husband or anyone else to make her decisions. She made a promise to find out what's so special about that tiny point of light in the sky, and she intends to keep that promise.

The Dawgstar is a suspense/thriller filled with international political gangsterism, nanosatellites (real things), assassins, fears of frankenfood, and more!  A Jane Bond-ish read with a touch of romance.

cj Sez: As Dr. Campbell's author, I've muzzled her temporarily, but I'll tell you she really appreciated the kind interview and opportunity to tell you about herself, her adventure in The Dawgstar, and me (imagine, calling me insane).

Actually, I very much appreciate it also. Thank you!

You're very welcome, c.j. Come back and visit any time.