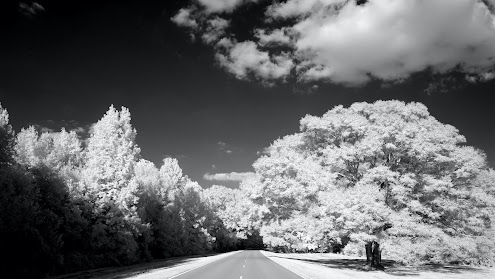 Today we sit down for a chat with award-winning romantic suspense author Patricia Bradley. Learn more about her and her books at her website.

I never thought about writing until I turned thirty-five. I was always a reader. But I went through a stretch of time where I couldn’t fall asleep at night and one night as I lay there staring at the ceiling, a man appeared. He stood at a window with smokestacks billowing in the background. Then he turned to me and said, “My life wasn’t supposed to turn out like this.”

I started telling myself his story and then other people came to live in my head, and they wouldn’t go away until I started writing about them. And that’s how I came to realize I wanted to write novels.

One year to be published in Woman’s World… thirty something years before my first novel was published. Since that novel, I’ve had thirteen novels published.

I’m mostly traditionally, but I’ve been included in several indie anthologies that have hit the USA Today Bestseller list.

I turned a bedroom into an office. When it’s warm enough, but not too warm, I write on my deck.

If I think about it, I’ll play classical music…but no words.

Parts of me are in all of my characters, even the villains…I mean, which of us hasn’t had an urge to kill a back-stabbing best friend?

Most of my main characters appear fully named. If they don’t, I can’t get started until I find the perfect name. The first place I start is the Social Security Baby Name site.

I’ve written both. The series I’m working on now is set in Natchez, Mississippi and the Natchez Trace Parkway. My next series is set near the Mississippi coast in the Pearl River basin—I got tired of trying make sure I got the street names and businesses correct.

My characters don’t have a lot of quirks, but in Obsession, the heroine, Emma, doesn’t like chocolate chip cookies. I’ve had a few comments about that.

I’ve been dating the same guy for 23 years.

There are so many, but I’ll settle on one The Eye of The Needle by Ken Follett. I don’t know why, just that I still remember it after, what is it, 43 years? I’d love to write something that a reader would remember like that.

That’s a hard one. There are a lot of things I’ve done that I regret, but if I did a do-over, it would change my whole life from that point on. And I might not be where I am now…a place I like very much.

Negative people. I try to steer clear of them, but it’s hard sometimes when they in your family. 

A waitress. I dropped a plate of food on a customer…

So many…Exodus by Leon Uris.

I’ll start writing a new series about a female sheriff in Mississippi—we don’t have one, and I think it’s high time we did.

I love writing and was published rather late in life, so I want to encourage anyone out there who thinks they’re too old to start writing, they’re not. You’re never too old to tell a story. 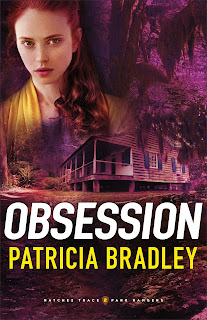 Natchez Trace Ranger and historian Emma Winters hoped never to see Sam Ryker again after she broke off her engagement to him. But when shots are fired at her at a historical landmark just off the Natchez Trace, she's forced to work alongside Sam as the Natchez Trace law enforcement district ranger in the ensuing investigation. To complicate matters, Emma has acquired a delusional secret admirer who is determined to have her as his own. Sam is merely an obstruction, one which must be removed.

Sam knows that he has failed Emma in the past and he doesn't intend to let her down again. Especially since her life is on the line. As the threads of the investigation cross and tangle with their own personal history, Sam and Emma have a chance to discover the truth, not only about the victim but about what went wrong in their relationship.

Great Q&A. Love learning more about what makes a writer tick. Curious as to what an indie anthology is? I really like Eye of Needle as well. I recall the movie being pretty good.

Love this interview. Great questions and wonderful answers. I feel like I know Patricia Bradley so much better now.

TD Stevens, I've contributed a story to 3 different anthologies where the authors came together as a group to indie publish the anthology. Thanks for asking!

Kay, thank you! I appreciate you stopping by and commenting.

And thank you, Lois for having me on your blog! It's a lovely site.

Come back any time, Patricia!