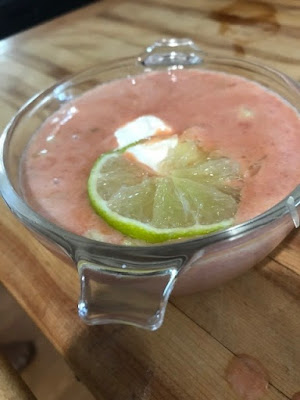 Judy Alter writes both award-winning historical fiction and nonfiction about the nineteenth-century American West as well as contemporary cozy mysteries. Her forthcoming western title is the nonfiction The Most Land, the Best Cattle: The Waggoners of Texas, a popular study of the Waggoner 3D and the Waggoner family. Learn more about Judy and her books at her website.

Dining at the Waggoner 3D

For most of the twentieth century, the Waggoner 3D was the largest ranch under one fence in this country. Covering over 500,000 acres in six counties, it sprawls across much of North Texas. Founded in the 1850s by Daniel Waggoner, the ranch has been known not only for its size but for its cattle, Thoroughbred horses, and the vast oil reserves under its land.

Daniel Waggoner was among the first of men known as cattle barons who owned vast stretches of land and held great power over life in their region. Five generations of Waggoner descendants have lived on the land over 167 years, mixing ranching and racing with international fame, marriages, divorces, and lawsuits. The history is nothing if not colorful.

Like other large ranches in Texas and the Southwest, the Waggoner was known for hospitality. What may have begun with gatherings around the chuck wagon, featuring son-of-a-bitch stew and calf fries, evolved into elegant meals at the table. By the late twentieth century when Electra Waggoner Biggs was entertaining in her Santa Rosa home on the 3D, stew had been replaced with Hungarian goulash.

Mrs. Biggs was best known as a sculptor, her signature piece being a life-size statue of entertainer Will Rogers on his horse, Soapsuds. The original piece stands in front of Fort Worth’s Will Rogers Coliseum. Electra, the second Waggoner with that name, loved celebrities, and when she left New York for ranch life, she entertained lavishly.

According to the late Sarah Morgan, author of Dining with the Cattle Barons, Mrs. Biggs planned her menus carefully and always had her staff cook the meal once as practice before serving guests. One of her favorite dishes was the Hungarian goulash, which required cubing eight pounds of beef, dusting with flour, and browning. But, then, she had a staff to do it. Much more accessible is her recipe for chilled tomato soup. She called it “Crunchy Soup.”

When I made the soup recently, I adapted it to two servings instead of the twelve in the original recipe and added some green onions for color and taste. Mrs. Biggs used canned soup, but today’s cooks may want to substitute boxed tomato soup. If using prepared cream of tomato soup, omit the milk. Here’s what I did:

Milk of equal amount (refill the soup can)

Juice of one lime

Mix all ingredients except lime juice and chill. Just before serving add fresh juice of a medium lime. Serve very cold. Top with a dollop of sour cream if desired. 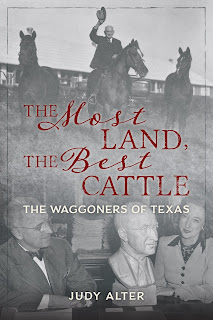 The Most Land, the Best Cattle

The Waggoners of Texas

In the 19th century, Daniel Waggoner and his son, W.T. (Tom), put together an empire in North Texas that became the largest ranch under one fence in the nation. The 520,000-plus acres or 800 square miles covers six counties and sits on a large oil field in North Texas. Over the years, the estate also owned five banks, three cottonseed oil mills, and a coal company. While the Waggoner men built the empire, their wives and daughters enjoyed the fruits of their labor. This dynasty’s love of the land was rivaled only by their love of money and celebrity. This colorful history of one of Texas’s most influential ranching families demonstrates that it took strength and determination to survive in the ranching world…and the society it spawned.

I had to read your post to find out what is crunchy soup. The book looks fascinating. Good luck!