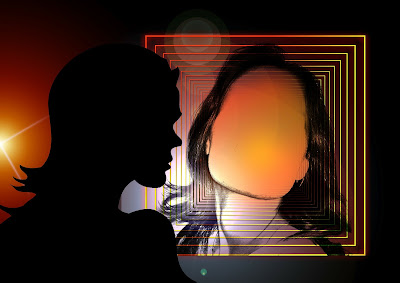 Award-winning debut author Hollie Smurthwaite writes paranormal romantic suspense. In past lives she’s been a massage therapist, belly dancer, and office manager. She lives in Chicago with her husband, son, and too few pets. Learn more about Hollie and her books at her website.

The Genesis of The Color of Trauma

When I first started writing, I blithely wrote into the sunset with no care to the direction or destination. Publishing and marketing never entered my thoughts—only the story I wanted to write. I love books with magic and the paranormal, so I infused the story with the supernatural. Romance played a small role, then began to take over the novel. At one point, I submitted a thirty-page sex scene to my critique group. Oops. I edited it back, but clearly, the relationship took priority. I finally had to admit that it was a full-on romance. With elements of a thriller. And the paranormal. And a smidge of police procedural. Yep, I’d written me a hybrid genre novel.

The Color of Trauma is a paranormal romantic suspense novel. The seed of the story came to me as a premise: what if some people could experience other people’s memories? As a novelist, it’s my job to raise the stakes. So, I took that concept and blew it up into a world where my protagonist not only experiences others’ memories, but has the power to remove them. The caveat is that memory surgeons have to hold those memories inside themselves.

From that concept, I thought about trauma and if a person might recover if they forgot what had happened. More importantly, what would happen, psychologically, to the person holding all those terrible memories? From there, I conjured my first main character, Kiera Brayleigh, who, as a teenager, was coerced into the business of memory surgeries. She is a hot mess. I love the complexity of a character who is both giving and bitter at the same time. Kiera helps a lot of women, but she’s not happy about anything. She’s seen the worst of humanity.

Since a romance needs two people, I had to find her foil. Dean is someone who has also seen the worst of humanity but as a homicide detective for the Chicago Police Department. Where Kiera’s empathy is focused on victims, Dean spends his time in the heads of the criminals he pursues.

The lives of these two main characters intersect when Dean catches the lead detective role on a serial killer case with only one living victim. Unfortunately, she’s in a coma. If only there were some way to access her memories . . .

That was the genesis for the story. I worked out the details as I wrote. My goal was to delve deep into the minds of the victims, to give them a voice and to see how trauma affects far more than just the victim. Friends, family, and society are all changed by violent acts. I also wanted to show that people can come back from even the most horrible experiences. And everyone, no matter how broken, is worthy and able to love. Of course, it takes a good deal of work to get there, but that’s the fun of reading a novel: hitching a ride on the character’s journeys.

I hope the book ends up appealing to those who like all the different parts: paranormal, romance, suspense, and police procedural. Regardless, I loved the freedom and adventure of writing the story I really wanted to tell.

The Color of Trauma

Experiencing another's past could end her future . . .

Kiera is a memory surgeon. With her gift of removing and holding other’s traumatic memories, she’s helped dozens of women but hasn’t helped herself. Now Dean, a Chicago homicide detective, is asking for even more: for her to look into the memories of a coma victim to help him catch a serial killer.

Clues and romance unfurl, but as Dean and Kiera get closer to each other, the killer gets closer to Kiera.

Now that you have found you are a romance novelist, do you expect after this series, you will continue with Romance or go a different direction. My hint to get the next two books written quickly too.

Honestly, I can't imagine ever writing something again where romance wasn't a heavy part of it. Funny what you can totally miss about yourself!