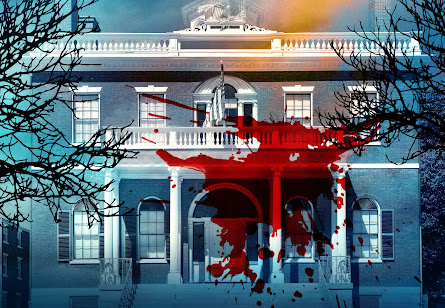 Today we sit down for a chat with amateur sleuth Hannah Hutchinson from What Happened at School Today?by mystery author Pris Masters.

It was a lot more peaceful. I teach in a middle school and I serve kids with multiple disabilities. My days are always full of surprises and challenges. It keeps me on my toes. I have a nice group of friends, a lovely old apartment, a loving dog and, well, not much romance in my life. But I was perfectly happy. There were certainly no dead bodies lying around for me to stumble across. My life was full enough, rewarding, and notscary or dangerous.

I try to be fair to everyone. Now I have to confess, that doesn’t mean I’m always nice to everybody. Sometimes I might just give others a little taste of their own medicine. But I truly believe that all people have things to contribute and should be respected.

I’m pretty clumsy and uncoordinated. No one would ever call me graceful, and that can be downright embarrassing at times.  I’m also a pretty bad procrastinator, especially where paperwork is concerned. It routinely piles up around me.

What is the strangest thing your author has had you do or had happen to you?  She made me learn to use a gun. I don’t kill anything. I don’t even stomp on bugs, so it goes against my nature to even think about shooting a gun. But she threw a couple of logical-sounding reasons at me, and I caved. Also, I told her that I have terrible aim, but she just wouldn’t listen. Another thing she made me do was to get in the trunk of my own car while a maniac was at the wheel. That was both scary and dangerous.

Yes, I’m afraid we do argue. We argued about the gun training, but I lost that one. I warned her that it would go badly! We’ve argued repeatedly about my diet. She has me eating a terrible diet throughout the book. I think she did that because that’s the way she would like to eat. My love life was also a point of contention between the two of us. The question was; to get serious or stay casual. I won’t tell you who sided where on that issue, but I will tell you that is one argument I won.

That’s a tough one. I like to think I’m not afraid of much. I guess my greatest fear is that I will have a student that I just can’t reach, can’t help learn, can’t foster more independence in. I would hate to think that any child is just marking time in my classroom when the kids I work with have so many needs.

Chocolate, seeing the light bulb go on over the head of one of my students, the unconditional love of a dog, and a good mystery where it’s hard to figure out who the murderer is.

I would rewrite my lying to the cops. That did not go well for me. It gave me so much anxiety, ended up causing embarrassment, and probably helped put me in the path of danger. I would probably also rewrite my relationship with my mom. It’s not great, and I wish it were better. We’re not very close.  But we would have to go way back in time to do that, long before the book begins.

There is a student named Will who bullies some of the kids in my class. I can’t and won’t tolerate bullying. I just don’t think there’s ever a good enough excuse to treat other people that way, even if there are reasons in your life that might make you prone to do that.

I might like to trade places with Tom Kennedy, one of the detectives I got to know during the murder investigation. I found myself enjoying digging through clues and nosing around. I think it would be interesting to do that with a badge, so all that delving would be legal. The relationship that the two detectives had was also very intriguing and entertaining to me. I would like to live inside Kennedy’s head so I could know what he was thinking.

Pris taught students with multiple disabilities for thirty years. She loved her career and always told people that she never had a boring day at work. All the kids in my class are based on students she had in her classroom or combine traits of any number of students she had over the years. She has lived in Cincinnati all her adult life and loves the city. That’s why she has me living there, going to real parks in Cincinnati and eating foods that are particular to the city. Pris gardens excessively and also has a love/hate relationship with acrylic painting. You can read more about her at her website.

I’ll be getting involved in solving another murder that takes place in the school where I teach. At least this time I won’t be the prime suspect, but I ask you, how can one school building be so unlucky as to have two murders committed within its walls? 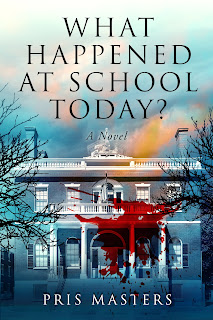 What Happened at School Today?

Hannah Hutchinson never dreams of becoming an amateur sleuth, but when she makes the gruesome discovery of a murder victim in her school, she feels forced into the role. She becomes the prime suspect in the resulting murder investigation when a connection is found between her and the victim. Seeing the evidence against her unfold, she is compelled to investigate on her own. Juggling the everyday ups and downs as a teacher of children with disabilities, Hannah now finds her every spare moment devoted to her determined search for the truth. As the mystery unravels, she finds that instead of crossing suspects off her list she is continually adding names - and as her search deepens, she begins to suspect even those who she thought she could trust. She sees motives for murder all around her and finds herself taking bigger risks as she follows the trail. Just as she begins to see progress in her investigation, Hannah discovers a clue that no one else is aware of. Hiding this from the detectives on the case and knowing that it will implicate her even further makes her feel that she may be arrested at any moment. She stumbles along one step ahead of the police and when she finally figures out who the killer is, she comes to the frightening realization that the murderer won’t hesitate to kill again.