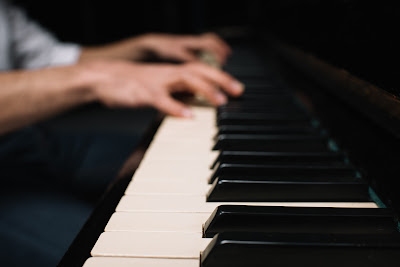 After a long career in dance, Lynn Slaughter earned her MFA in Writing from Seton Hill University. She’s the author of four coming-of-age romantic mysteries, including the forthcoming Deadly Setup and the award-winning Leisha’s Song. Learn more about Lynn and her books at her website.

Confessions of a Nosy Writer

The other night, I participated in a writers’ panel on Big Blend Radio. One of the questions the moderators asked us to think about ahead of time was: What inspires you?

What immediately came to my mind was people’s stories. I am absolutely fascinated by the folks I encounter. Which is a nice way of saying I am incredibly nosy! What I observe, what folks share with me, and even what I overhear or read about people has a way of sparking ideas for characters and plots in my coming-of-age romantic mysteries.

Take Deadly Setup, for example, my YA novel due out July 5th. The protagonist, seventeen-year-old Samantha (Sam), is the daughter of a widowed, fabulously wealthy New England heiress. Sam has a strained relationship with her mother who is incredibly self-absorbed and preoccupied, both with her writing career and her serial romances. Sam is more or less the forgotten daughter.

Where did these characters come from? Well, when I was in sixth grade, my dad moved our family to an apartment in Greenwich, Connecticut. While our apartment was a modest rental in the downtown area, Greenwich was an ultra-wealthy community. Over the years, I developed friendships with kids who lived in mansions and enjoyed every possible financial advantage. While a handful were close to their parents, I was amazed at how many were basically neglected, growing up with parents who were so involved in their social, charity, and professional lives that they had remarkably little time for their children. Often, my friends were closer to their nannies and other household help than they were to their own parents. This is certainly true for Sam who is devoted to Hilda, the family’s longtime housekeeper.

There is an additional complication in Sam’s relationship with her mother in that to some extent, she is a parentified child, meaning she is trying to parent her mother, who tends to be wildly impulsive in her private life. When Sam’s dad was dying of cancer, he asked twelve-year-old Sam to “take care of your mother for me,” a role that Sam should never have been asked to play and which her mother resents. I witnessed a number of friends trying their best to take care of alcoholic or otherwise dysfunctional parents, and to some extent, their stories inspired Sam’s as well.

Fortunately for Sam, she has close friends and is passionate about music. She loves playing piano, especially standards from the American Songbook (her paternal grandfather played in the orchestra pit for Broadway musicals, and her late father was a huge fan). Where did the idea of making Sam a pianist crazy about old-time music come from? My own life! My dad’s cousins were jazz musicians, and I grew up listening to Duke Ellington, Irving Berlin, and Cole Porter.

I should also mention that Sam has a lovely boyfriend who’s into musical theater and loves serenading her. He was partially inspired by a boy I dated the summer after my senior year of high school. He’d had the lead in a local production of the Bells are Ringing and unannounced, regularly broke into songs from the show!

The major premise of Deadly Setup is that Sam goes on trial for the murder of her mother’s fiancée. I’ve always loved courtroom dramas and wanted to write one, but I think the specific idea of Sam getting accused of shooting her mother’s love interest actually stems from a case that transfixed the nation in the late 1950s. The daughter of the movie star Lana Turner stabbed her mother’s boyfriend to death.

So, there you have it, bits and pieces of Deadly Setup inspired by my overall fascination with people, otherwise known as my acute nosiness. In my defense, it’s not such a bad quality to have for a storyteller. 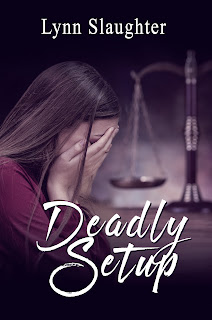 And then Sam’s life implodes. Her mom’s fiancé turns up dead, and a mountain of circumstantial evidence points to Sam as the killer. On trial for murder, she fights to prove her innocence with the help of her boyfriend’s dad, an ex-homicide cop.