MYSTERY AUTHOR CAROLYN J. ROSE SAYS A FOND FAREWELL TO A SERIES AND ITS CHARACTERS 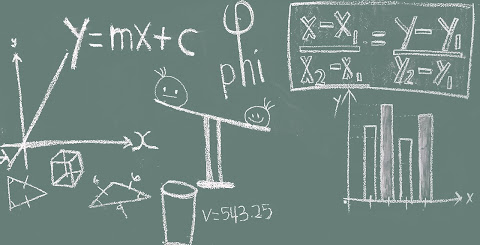 Author Carolyn J. Rose credits her experiences as a substitute teacher and her sometimes rocky relationship with the dogs in her life to the creation of her Subbing Isn’t for Sissies Mystery Series and the canine character of Cheese Puff. Other than writing, her interests are reading, swimming, walking, gardening, and NOT cooking. Learn more about her and her books at her website.

I Love You, But Please Don’t Bug Me

Recently I published the thirteenth book in the Subbing isn’t for Sissies series. When I started the series, I didn’t intend to end it on thirteen. It just turned out that way. Twined stories seemed to come to more-or-less logical conclusions, and I found it more and more difficult—given early organizational failures compounded over time—to keep track of tiny character details. That’s important because many readers are far more alert than I am and are quick to spot unexplained changes in hair color or style preferences.

Thirteen has a reputation of being an unlucky number, so I spent some time wondering if I could dredge up a plot for a fourteenth book without scraping too far into the bottom of my mental barrel. I’m not overly superstitious—although I don’t walk under ladders and I’ve been known to toss a little spilled salt over my shoulder—but I also spent time wondering whether readers would decline to buy the thirteenth installment of the adventures of substitute teacher Barbara Reed, her entitled mutt Cheese Puff, and all her pals. I decided to go with the Doris Day approach and sang “what will be, will be” as I typed. I also reminded myself that not every book or series is for every reader.

And I spent a whole lot of time wondering about whether the characters will feel they can buzz off and let me sleep through the night without appearing in my dreams. Characters, especially those with whom a writer has a long relationship, often do that. They enter the dreamscape to offer suggestions for plotting and even act out scenes. But now that the final scene has been written, I’d prefer either dreamless sleep or—dare I hope?—appearances by a fresh crop of characters with exciting ideas for their adventures.

But I don’t say this out loud because the primary characters in the Subbing series have been good friends for a decade now, and I don’t want to hurt their feelings. And the other thing is—and you’ll know this if you’ve read any of the books in the series—some of them can be a little, well, pushy. Others occasionally go beyond pushy to aggressive or overbearing. And a few have been known to cross the line into obnoxious.

So each night, after checking to make sure my husband is asleep and won’t think I’ve gone completely around the bend, I have a little chat with them. I remind Barb about issues resolved in the final book and the happy future I wrote for her. I tell Mrs. Ballantine her wealth is fictional, and I can’t be bought and paid to write another book for her. I tell Dave I’m the one who pinned on his badge and therefore I can’t be arrested on trumped up charges of dereliction of duty as an author. I inform Dario that I’m not intimidated by the bear-like physique I gave him. I remind Big Chill and Tremaine Scott that they’re in charge of an imaginary high school and taking me off the sub list won’t force me to tap dance on street corners for change. I tell Iz and Allison the fictional kitchen is closed, and they should find another place to snack. I inform Bernina that I made up the condo complex she manages in such a slipshod manner and she’d better find another job.

Then I assure them they’ve all made remarkable contributions to the books in the series. I remind them they kept me entertained and amused for almost a decade—including recent months of quarantine. I swear I’ll never forget them. And then I turn out the light. 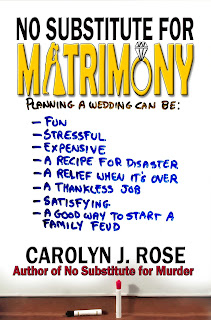 No Substitute for Matrimony

When substitute teacher Barbara Reed turned wedding planning over to her wealthy neighbor Muriel Ballantine, she knew the event wouldn’t be what she and Dave asked for—small, simple, and sane. What she didn’t know was that murder would block her path to the altar.

As Dave races the clock to find a killer and free a friend from suspicion, Barb struggles to free herself from makeup artists intent on changing her casual appearance. Meanwhile, her overbearing sister offers unwanted advice about men and matrimony, and an ardent admirer hopes she’ll ditch the groom before she reaches the end of the aisle.

With time running out, Mrs. B offers a mammoth reward. Will the cash bring a witness out of hiding and solve the case? Or will delivering the dough dump Barb in deep danger?

Lois - thanks for allowing me space to share this with readers and writers. I'll be checking back to see if anyone offers advice for edging away from characters who don't want to let go.

Always happy to have you drop by for a visit, Carolyn!

Saying goodbye to a series is hard to do. Unless you're Arthur Conan Doyle, who couldn't wait to kill-off Holmes, only to have to bring him back again. I've considering doing that with a series I write but haven't had the courage to. Best of luck with new endeavors.

And best of luck with yours.

I had never realized a series writer might need a "debriefing" of sorts to say goodbye to their characters. After spending so many hours/days together guess it's not surprising. Perhaps a virtual cocktail party might be in order. Pass around a tray of martinis and tapas to your characters Carolyn. They will soon be so engrossed in delightful conversation with each other you can slip out the side door unnoticed. :) Perhaps you head to a virtual meetup with your next cast of characters. lol