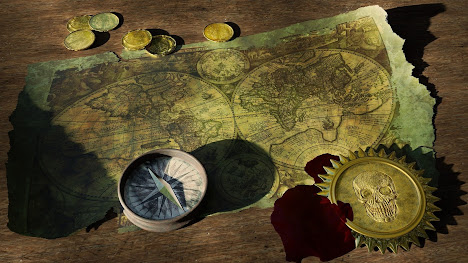 My life was a total disaster before my author came along. He was like, I have this idea for a mystery series, but you and your dad have to move across the country. And I was like, seriously? All my friends are here. I’m in fifth grade and moving is gonna totally ruin my life. But after we got to Seaside Cove I realized he totally did me and my dad a huge favor ‘cause that’s how Daddy met Marquetta and I got to take on my first case.

Everybody says I’m super precocious, and I think that’s an awesome trait to have.

Seriously? I don’t know you very well, but my author says you’re really nice, so I guess it’s okay. What I like least is that some of the little things scare me—like spiders. Ewww. I hate spiders with their little spindly legs.

He totally had to be having a messed up day ‘cause he tried to kill me and Marquetta by having us drive off a cliff on a mountain road. It was super scary and I thought for sure we were gonna die, but Marquetta’s an awesome driver so we survived. Don’t tell my author, but I still haven’t forgiven him for that.

Lady, I’m like eleven. When I try to argue with him, he grounds me and sends me to my room! It’s so totally unfair.

Wow, lady. You ask some super personal questions. My real mom wanted to be a big actress on Broadway more than she wanted to be my mom. That’s why my dad divorced her and moved us to Seaside Cove. So my biggest fear was that I’d grow up without a mom.

Having Marquetta in my life is what makes me the happiest. She’s the B&B’s cook, but now she’s also gonna marry my dad. The first time we met was like this super cool connection. She’d talked to my dad on the phone before we moved here and painted my room teal and purple ‘cause they’re my favorite colors. She’s always watching out for me and treats me the way I always wished my real mom would.

That’s easy! I’d rewrite the first years of my life so that Marquetta would have been my mom. My dad’s so much happier with her than he ever was before he met her.

None of the other characters has ever been mean to me before like Adela Barone. She showed up in Treasure Most Deadly and I kinda liked her, but then she started lying and I realized she wasn’t trying to be my friend at all. I totally don’t like people like that.

I’d love to trade places with Mayor Carter ‘cause she’s an adult and she owns an ice cream shop! I could eat ice cream all day long and never get grounded. It would also be a lot of fun to run the town. That would be pretty awesome!

My author won’t tell me his age, but I kinda think he’s really old ‘cause he’s been writing for a super long time. Learn more about him and all his books at his website.

Right now, my author’s giving everybody in Seaside Cove a vacation while he works on the next Trouble in Paradise Mystery. I’m gonna totally enjoy my summer break and get ready for my dad and Marquetta’s wedding. 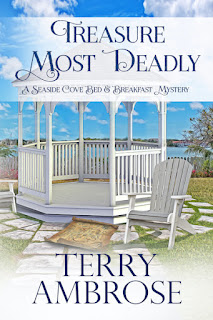 Seaside Cove Bed & Breakfast owner Rick Atwood is again called on to assist his friend, Chief of Police Adam Cunningham, with a murder investigation. The case seems straightforward enough. Clive Crabbe, who has a quick temper and a strong jealous streak, was found hunched over the victim after the man made advances toward Clive’s ex-wife.

A murder investigation is the last thing Rick wants right now. The B&B is booked solid. The town is inundated with tourists and news reporters chasing stories about treasure thieves. And Rick’s wedding to Marquetta Weiss is just weeks away. As if that wasn’t enough, Rick’s eleven-year-old daughter Alex is not only itching to help the cops solve another murder, but she’s forming an unhealthy friendship with a B&B guest.

As the murder investigation progresses, Rick realizes Alex’s new friend could be at the center of everything. The worst part is that Alex may be the one person capable of cracking the case.

Alex is my favorite tween amateur sleuth. Thanks for this. It was fun. I love this series. Looking forward to the wedding too.

Thanks for hosting Alex today! She's off at school, so I'll answer for her, but she's delighted to have friends like you, Lois, and fans like you, Dru! As she puts it, the wedding is going to be EPIC!

Terry, you and Alex are welcome back any time.