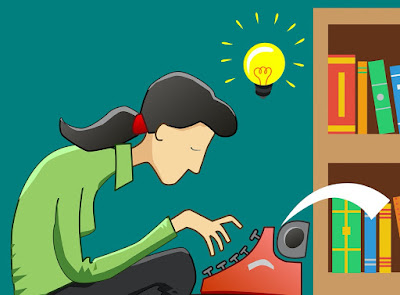 Today we sit down for a chat with former romance and current cozy mystery author Lorena McCourtney. Learn more about Lorena and her books at her website.

I’d been writing short stories for children and teenagers for quite some time (about 250 of them altogether) plus confessions (anyone remember confessions? I wrote some 150 of them). Even for a short story, a writer must create a “world” for it to exist in, and I decided I wanted to make larger use of those small worlds I was creating.

It took from the time I was in elementary school until I was a young mother to see my first fiction published. (Although I did sell a nonfiction article to an Alaskan magazine while I was in high school.) After I decided I wanted to do book length fiction, I think it took a year or two. A friend introduced me to her agent, which speeded up the process considerably.

I was traditionally published for quite a few years, but I decided I didn’t want to be tied to the deadlines necessary when working with a publisher. So now I’m totally Indie. That’s the Way the Cookie Crumbles is my 50th published book, a kind of “golden anniversary” for me. The first 24 books were all secular romances, but the other 26 have been Christian-based romances and mysteries.

Except for the earliest children’s short stories, I’ve always been blessed with a separate room to use as an office. I admire writers who can go to a coffee shop or some public place to write, but I just can’t do it. I need to have this space of my own, no people around. I like to be able to leave papers and notes and files scattered all over. Even if this does look like a disaster zone, it works for me.

I always have the radio on, but it’s in the other room so I can hear it but not be distracted by it. Just background music. I like knowing there’s still a world running outside my office. Always country and western music.

I think there’s a little of me in many of my characters, although more of me in my Ivy character than any others I’ve written. We’re both LOLs (little old ladies) so it’s a world I know well. I may use bits and pieces of other people in my characters, but never a character lifted totally from life. Plots usually start from a real-life incident (although probably not my own life), but I build on the incident rather than stick to it totally as it happened.

Describe your process for naming your character.

Names are so important! For minor characters, I often use whatever appropriate name happens to pop into my head. But for major characters it may take trying out several names before hitting on one that just “fits.” Although I have to admit that I’ve looked back at some of my early books and wondered – how and why did I ever pick that name?

I most often use a fictional town but set in a real area with real town names around it. I once created a fictional Oregon coast town, basing it on a combination of several actual towns, and it was apparently realistic because a reader wrote me that her mother used to work there.

I don’t know that it’s actually a quirk, but my Ivy character feels she has aged into invisibility. A good many people simply don’t seem to see her anymore. (Which can sometimes be a handy asset.)

My own quirkiest quirk? Oh my. If I have one, apparently I don’t recognize it! If I have quirks of my own, they just look normal to me.

Hmm. I read many books I like, and I sometimes wish I could use similar sharp dialogue or plot twists in my own books, but I don’t ever wish I could have written someone else’s actual book.

That’s another big area! In writing, I’ve never thought of myself as having a strong, individual “voice,” but a definite peeve has been when editors or copy-editors edited out whatever voice I have. Another reason I enjoy being an Indie!

I need my Bible, some sun-protection lotion, and definitely my husband. He’s quite handy, a good “fixer.” He’ll rig us up a covering from storms and find something to eat and probably build a boat to get us off the island).

My one and only (and very brief) job as a reporter with a small weekly newspaper while I was still in high school. They gave me an “office” but said to be sure not to close the door. They didn’t say why, but it turned out that the building had been a bank long ago and my office had been their safe. The door couldn’t be opened from the inside. It was enough to awaken any tendency toward claustrophobia!

The Bible, of course.

I love walking on the beach and picking up treasures or trash. I love the beauty and serenity of the mountains. This just isn’t a choice I can make!

We live in town now (although it’s definitely not a city), but at heart I’m a country gal. Growing up, I was one of those “horse crazy” girls, which carried me through a college degree in animal husbandry, living in the country for many years, and owning various livestock. (Including mid-wifing a pig named Belinda.) We lived on that country place with animals for some 49 years, but health and age meant a move to town.

I want to finish up my Mac ‘n’ Ivy Mysteries series, although I’m not sure how many books that will be. Also, I want to get the last book in my earlier Ivy Malone Mysteries series, “Go, Ivy, Go!”  into print. It’s available only as an e-book now. 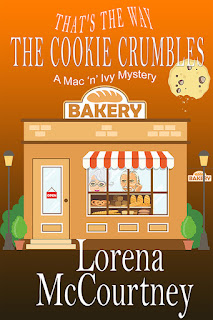 What comes after the honeymoon for Mac and Ivy? Looking for a quiet, comfortable pace to settle down and leave the nomadic motorhome life behind. No more dead bodies. No more killers.

What do they find instead? You guessed it. Murder!

Beginning with a runaway Miranda and a fiancée in a ruffled red bikini, continuing with a missing gun, a woman who believes in the prophetic power of a crumbled cookie, and a dead body with a bullet hole in the chest. Was he the sweet guy the fiancée claims he was, with not an enemy in the world? Or was he a bank robbing con man, with any number of people . . . including the fiancée . . . eager to put that bullet in his chest?

The easiest and probably most sensible action for Mac and Ivy would be to head down the road in their motorhome and look for a different place to settle down. But they both have a strong concern for someone in trouble, and then there’s also Ivy’s persistent mutant curiosity gene . . .

Lorena McCourtney.......best author ever. Thank you for your awesome books 📚. 🙏💞🤗 AC Kaun

I love Lorena’s Mac and Ivy! I love in Oregon and feel like Mac and Ivy are old friends and family.

Thanks for interviewing me on your blog, Lois. Interesting questions!