AN INTERVIEW WITH ROMANCE, MYSTERY, AND SUSPENSE AUTHOR KRIS BOCK 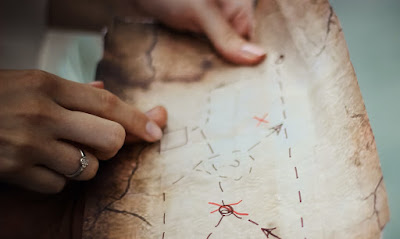 Today we sit down for a chat with romance, mystery, suspense, and nonfiction author Kris Bock, who also writes books for young people as Chris Eboch.

I wrote my first novel, The Well of Sacrifice, shortly after finishing grad school. I was looking for work as a magazine editor and wanted to write something other than cover letters. I loved books such as Julie of the Wolves and Island of the Blue Dolphins growing up and imagined a similar young adventure story. The  middle grade (ages 9+) novel is set in Mayan times, inspired by a summer I spent traveling through Mexico and Central America.

Astonishingly, I sold the first book I wrote! This gave me the mistaken impression that having a writing career wasn't so hard. I have since written many novels that I haven't sold, but I've managed to make a career of writing for over twenty years.

I now have more than eighty published books. That includes fiction and nonfiction, for children and adults, traditional trade books, work for hire educational books, and indie books. The variety keeps me interested!

I live in New Mexico with my husband and our ferrets, and I have a home office. My window looks out on nature, complete with distracting wildlife such as roadrunners, quail, hummingbirds, and foxes.

I use voice recognition software, so I have to keep the office quiet.

In my treasure hunting series, I drew on personal experiences hiking in the desert for the characters’ adventures – though fortunately, I’ve never stumbled on a rattlesnake nest or gotten caught in a flash flood!

Another book, What We Found, was inspired by finding the body of a murder victim while hiking in the woods. This blog post shares more about my Southwest Inspiration.

It’s less of a process and more like trial and error.

Most of my novels include real places in the Southwestern United States, although I might fictionalize the names. For example, in my treasure hunting adventure, Desert Gold, the heroine and her best friend live in a fictionalized version of Socorro, New Mexico. They hunt for the lost Victorio Peak treasure, a real Southwest legend about a heretic Spanish priest’s gold mine, made richer by the spoils of bandits and an Apache raider.

I have a sweet romance series set around a cat café. Merlin appeared in the first book as one of many cats named. He quickly developed a distinct personality and became a reader (and author) favorite. In book 2, Merlin literally jumps in to help foster five struggling kittens. The kittens see him as their surrogate mama.

People who dismiss romance novels without ever having read any, usually basing their opinions on cover art from the eighties. In fact, people who dismiss any type of literature, whether comic books or fantasy or erotica. We shouldn’t judge people’s reading habits.

A potable water source, an endless supply of food, and a way to contact rescuers. Wait, does pragmatism count as a quirk?

I had a one-day temp job stuffing envelopes, and it was the most tedious day of my life. I also worked as a glacier guide in Alaska for two summers. That was much more interesting, although occasionally wet and cold, not to mention terrifying when the bored helicopter pilots decide to give the guides a thrill on the trip back at the end of the day.

Good Omens, by Terry Pratchett and Neil Gaiman. It’s especially fun when you get a group and read it out loud, although now you can just watch the TV show.

Mountains. I’d rather hike than swim or sit on a beach.

These days, definitely a small town/desert gal. I can walk out my back door and keep walking for miles without running into other people – which has been especially nice during the pandemic.

I have a mystery series launching next year.

Something Shady at Sunshine Haven: Injured in a bombing, war correspondent Kate Tessler returns to her hometown in Arizona to recuperate. When patients are mysteriously dying at an Alzheimer's unit where her mother lives, Kate must use her investigative skills to uncover the killer and save her mother. Kate has followed the most dangerous news stories around the world. But can she survive going home? Something Shady at Sunshine Haven is the first in a humorous traditional mystery series.

I am also writing a young adult comedy series with my brother, scriptwriter Douglas J Eboch, who wrote the original screenplay for the movie Sweet Home Alabama. Now you can follow the crazy antics of teenagers Melanie, Jake, and their friends a decade before the events of the movie. Sign up for our Rom-Com newsletterand get a free preview, or Visit the Amazon series page for Felony Melanie: Sweet Home Alabama romantic comedy novels.

Learn more about me and my books at my website, where you can find links to my social media and sign up for my newsletter. 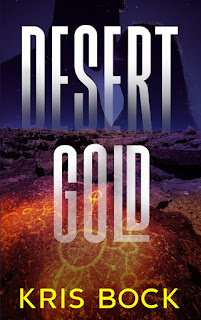 A legendary treasure hunt in the dramatic–and deadly–New Mexico desert is “Smart romance with an Indiana Jones feel.”

When Erin, a quiet history professor, uncovers a clue that may pinpoint the lost treasure cave, she prepares for adventure. But when a hit and run driver nearly kills her, she realizes she’s not the only one after the treasure. And is Drew, the handsome helicopter pilot who found her bleeding in a ditch, really a hero, or one of the enemy? Just how far will Erin go to find the treasure and discover what she’s really made of?

Thanks for hosting me!

Happy to have you join us today, Kris.