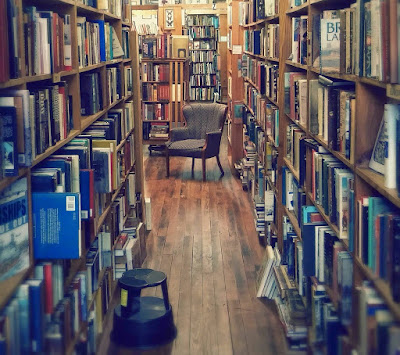 Today we sit down for a chat with Greer Hogan from the Greer Hogan Mysteries by author M.E. Hilliard.

Until my husband was murdered, it was a little ho-hum. Comfortable job, comfortable marriage, comfortable life. I was bored insensible, frankly. There has to be a happy medium between “bored” and “finding murder victims on a regular basis” but I don’t think my author will ever let me go there.

I’m smart. I’m good at solving mysteries, but I know enough to call in the cops if things get dicey. After all, there are only so many outfits I’m willing to ruin in pursuit of justice.

No self-edit feature. I have a tendency to blurt out whatever is on my mind when I’m under stress, and sometime when I’m not. This can be awkward, especially when you’re talking to the police while standing over a body.

Shipping me off to a library in a gothic pile of a house in a village in upstate New York. I like the ravens, and the ghosts have ignored me, but temperamental heating and homicidal maniacs are not what I signed up for.

Not usually, but we sometimes debate which mystery books and TV shows to use as clues for the reader. She gets carried away, and I’m too busy detecting to rattle off book lists.

Not being true to myself and letting people down.

The part where I came home and found my husband had been murdered. If I’d listened better and not rushed out that morning, I might know why it happened, because I think the police got it wrong.

Vince Goodhue, because he’s smug and self-satisfied in spite of being deeply mediocre.

My landlord, Henri. He’s had an interesting, fulfilling life. He’s an excellent cook and is bilingual, two things I’d love to be. In spite of being in his eighties, he has a much more active social life than I do.

You can learn all about M.E., her books, and where to find her on social media at her website.

I’m off to a fancy wedding in Lake Placid, NY. I’m planning on doing a little nosing around among some people who might know something about my husband’s death, but my author is talking about country house murders, corporate espionage, and my ex-boyfriend, so we’ll see! 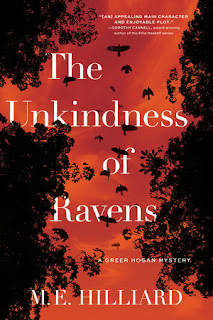 The Unkindness of Ravens

Greer Hogan is a librarian and an avid reader of murder mysteries. She also has a habit of stumbling upon murdered bodies. The first was her husband's, and the tragic loss led Greer to leave New York behind for a new start in the Village of Raven Hill. But her new home becomes less idyllic when she discovers her best friend sprawled dead on the floor of the library.

Was her friend's demise related to two other deaths that the police deemed accidental? Do the residents of this insular village hold dark secrets about another murder, decades ago? Does a serial killer haunt Raven Hill?

As the body count rises, Greer's anxious musings take a darker turn when she uncovers unexpected and distressing information about her own husband's death...and the man who went to prison for his murder .She is racked with guilt at the possibility that her testimony may have helped to convict an innocent man.

Though Greer admires the masters of deduction she reads about in books, she never expected to have to solve a mystery herself. Fortunately, she possesses a quick wit and a librarian's natural resourcefulness. But will that be enough to protect her from a brilliant, diabolical murderer?

And even if Greer manages to catch the Raven Hill killer, will living with her conscience prove a fate worse than death?