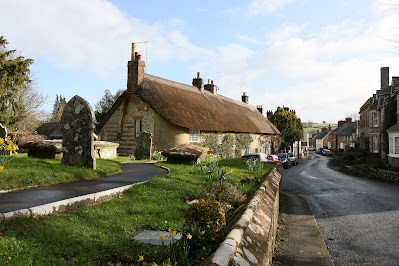 Beth McElla writes cozy mysteries under the towering evergreens of the Pacific Northwest. She loves that she can draw on her collection of half-started hobbies and former careers to create light-hearted stories. Learn more about her and her books at her website.

When I was in college and graduate school, I did a lot of work with period rooms at various large art museums. The first thing you learn is that these aren’t accurate at all! But dig a little deeper and there’s a fascinatingly consistent story of young wealthy American men in the 1920s and ‘30s and down on their luck British aristocracy faced with the unenviable choice between patching the roof and keeping the paneling in the second-floor back bedroom. In many cases, the roof won. (Side note: while this occasionally involved a few contemporary women, most seemed inclined to look to the future and not the past.)

Much of it comes down to World War I, which changed the fates of many far beyond the obvious. For America, it heralded an arrival on the world stage as a superpower, no longer the ‘former colonies’ and a newfound pride in what it meant to be American. But there was still the niggling problem of not much tangible history pre-dating the 18th century to give things that ancestral gravity. For the UK, heavy losses, often from two or even more generations in a family, meant overwhelming taxes in the form of death duties. Deals were struck. There were even a few catalogs…

So when I wanted to write a British village cozy mystery series in the vein of Agatha Raisin and Midsomer Murders (and not being British) I decided to ‘write what I know’. And thus was born Mr. Evans, a fictional peer of Hearst, duPont, and their friends who created his very own transplanted English village with some side forays into Germany, Italy, and whatever else I feel like on the equally fictitious Findlater Island located off the coast of Washington State. Like those period rooms, this collection for Mr. Evans was more like having a specimen tray of butterflies than it was about context or accuracy. But that makes for lots of writing fodder and puts the quirky right at the heart of the village where it belongs…

The stories in the Findlater Island series are set present day against the backdrop of this historical experiment. Because once you’ve got a 17th-century stone cottage moved to a different continent, it’s really hard to send it back. 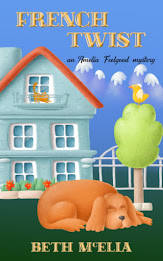 Amelia can’t wait to get away from her nasty boss and start a new life in France. When she arrives on remote Findlater Island for his wedding, a dead body kicks off a string of complications. Can she solve the murder before the police decide she’s the one with the strongest motive?

Welcome to Findlater Island, a small island off the coast of Washington with a quaint (relocated) English village and heaps of interesting characters.