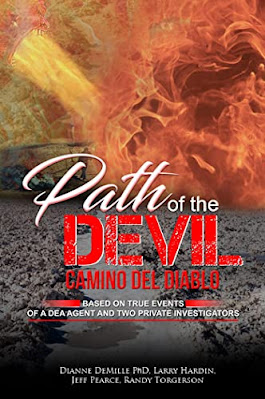 As an educator for more than 40 years, Dianne DeMille has written curriculum and co-authored the memoir of her father Leslie B. DeMille, a world-renowned. She continues to write curricula, presents at local and national conferences and works with university students becoming high school mathematics teachers in retirement. She joins us today to talk about how she came to write about a true crime DEA investigation. Learn more about Dianne and her books at her website.

I retired from Education as a high school mathematics teacher. I spent the last eighteen years of my career at Orange County Department of Education in California where I worked with teachers and administrators and also wrote curriculum. In retirement, I continue my connection to teaching by working part-time with California University, Fullerton, supervising new high school mathematics teachers.

My father, Leslie B. DeMille was a well-known professional artist throughout the country and internationally, specializing in portraiture. He asked me to co-write his memoir along with his friend who was living in the same senior facility. We finished It Started with a Pencil: Memoir, Leslie B. DeMille about six months before my father passed away in 2016.

A few years ago, I met Randy Torgerson, a private investigator. We lived in the same area and owned our own businesses. After talking about what we have done, he told me briefly about a case he and his friends wanted to write about. I said I would like to hear more about it. 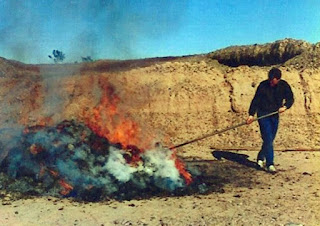 He then introduced me to Jeff Pearce, another private investigator. They had both worked with DEA Agent Larry Hardin in the 90s in Yuma, AZ and Mexico. The four of us had a meeting. They convinced me I should write their story. I thought, "Uh-oh, what am I getting myself into?" I kept asking questions, "Am I safe?" "Are we going to be OK?". This was a brand-new experience for me.

When I heard the stories, along with their excitement and passion, I said, "OK, let's do it."

I questioned whether I could do this. I am a person who often says, "Well, let's give it a try." I think my experience in working this way with mathematics problems, gives me the courage to try most things.

The title of the book is Path of the Devil, Camino del Diablo. We finished it in about a year and a half and it has created a lot of interest. I learned a whole new vocabulary and things happening at the border that I knew nothing about. This was a fascinating experience and continues to be as I work with these guys.

Larry and I wrote his second book about his personal spiritual journey called Fighting My Greatest Enemy, Myself. We also did a podcast series during the COVID-19 pandemic.

Path of the Devil: Camino del Diablo is a story of true events that occurred from 1991-1996. DEA Agent Larry Hardin and two private investigators, Jeff Pearce and Randy Torgerson, were determined to bring down the Meraz organization along the southwestern border. For five years the three men spearheaded two separate and simultaneous investigations in different locations that eventually merged.

Jeff and Randy provided information to Larry to build his case when they found the Merazes were working with corrupt employees of their California client. The Meraz's attempted to murder two DEA agents (1970s) and were connected to the murders of Kiki Camerena, George Montoya, Paul Seema, Jose Montoya, Dan Elkins, and Michael Crowe. Larry was determined to indict the Merazes.