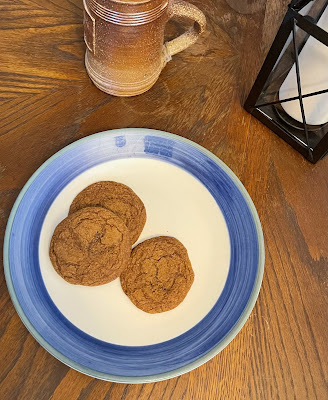 Julie Bates lives in North Carolina with her husband, son, and several pets. She enjoys reading, doing crafts, and experimenting with ingredients in her kitchen, which is one reason the huskies follow her wherever she goes. Learn more about Julie and her books at her website.

The 18th century offered few career opportunities for women. In an age where women were expected to marry and care for children and the home, finding meaningful work presented a challenge. Yet many women found ways to support themselves and their children despite the restrictions of the time.

Faith Clarke, the protagonist of Cry of the Innocent, the first in a series of historical mysteries set during the American Revolution, keeps a tavern in a busy city.  Like many of her contemporaries, she started out working alongside her husband and then continued after his death. She embodies the can-do spirit of many women who find a way to succeed against overwhelming circumstances.

Faith evolved from a simple question I had after my first trip to Colonial Williamsburg. After touring the town and listening to stories about founding fathers and craftsmen, I wondered, “What about the women?”

That idea stayed with me through ten years of ups and downs before I decided to follow my heart and write the stories that peppered my dreams. Faith evolved into a woman of independence and vulnerability who has learned to survive great loss. She’s not a diehard patriot, she’s a single parent trying to raise her child in trying times. She gets drawn into crime solving when a murder occurs too close to ignore.

Like many of her contemporaries, Faith engages in the dawn to dusk work involved in running an inn, aided by her son and her assistants, Olivia and Titus York. She finds time to solve crimes in between trips to the market, rising before down to help with serving breakfast, and trying to care for travelers who spend the night in the inn.  Along the way she engages with people such as George Washington, Thomas Jefferson, and British troops.

Food figures into these stories from the porridges and corn cakes that comprised a typical breakfast to the huge midday meals made up of stews, hams, turtle, deer, and whatever vegetables were grown in the garden.  America introduced may foods to the world, among them chocolate, potatoes, tomatoes, avocados, maize, peanuts, and red and green peppers. Although some of these took years to come into common use. Americans also invented barbecue.

Faith relies on her cook Olivia to do the bulk of the cooking, which allows her more time for snooping and running the tavern.  Since these stories occur long before the days of Walmart, Iinstacart or electricity, meal preparation is a process from going to the market, to ingredients, to cooking meals over an open fire.  Women rose between 4 and 5am to begin preparations for the morning meal, which was served around 8am for guests.  Dinner, the large meal of the day, was served around 2pm.  Supper usually consisted of what was left from dinner, which could be eaten as late as 8pm. Since there was no refrigeration in colonial times, the whole process was started anew every day.

Faith is a widow, which gives her more freedom than an unmarried woman would have during this time. She is also a businesswoman, which means she collect bills and makes choices from what is served to what additional services are offered. She works hard every day, whether it is tending her guests, going to market, brewing short beer and cider for her tavern, or solving a crime that impacts those she holds dear.

Since food factors into my stories, I’m including a recipe for ginger cookies.  Gingerbread, ginger cookies and ginger snaps are treats that have been around for a long time, some sources say since Ancient Greece. I don’t know about that, but gingerbread was a favored treat from the Colonial time period. Since colonial cooking methods are pretty strange to modern cooks, this is a recipe made for modern cooking methods.

Look for A Taste of Betrayal, the second Faith Clark Mystery, coming in late May.

Scoop out dough by rounded tablespoons and roll into a ball.  (If dough is too sticky to handle, refrigerate for 15-20 minutes to allow butter to harden and it will be less sticky.)

Place remaining sugar in a shallow bowl. Roll balls of dough into sugar.

Place onto a cookie sheet and flatten, spacing a couple inches apart. Bake at 350 degrees for 8-10 minutes. Cool on wire rack. 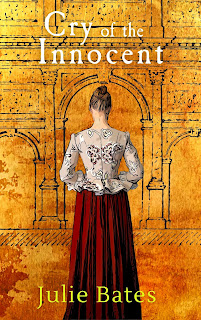 Cry of the Innocent

(Note: Julie is giving away 10 e-copies of Cry of the Innocent to the first 10 readers who email her. All she asks in return is that you post a review at your favorite review site after you read the book.)

April 1774 – Within the colonial capital of Virginia, Faith Clarke awakes in the middle of the night to discover a man savagely murdered in her tavern. Phineas Bullard was no stranger. Faith’s late husband had borrowed heavily from the man and left Faith to struggle to pay the debt.

With unrest growing in the American Colonies, the British are eager for a quick resolution at the end of a noose, regardless of guilt. Under suspicion for the crime, she must use every resource at her disposal to prove her innocence and protect those she loves. Her allies are Olivia and Titus, slaves left to her by her late husband’s family, individuals she must find a way to free, even as she finds they also have motives for murder.

Faith seeks to uncover the dead man’s secrets even as they draw close to home. Determined to find the truth, she continues headlong into a web of secrets that hides Tories, Patriots, and killers, not stopping even though she fears no one will hear the cry of the innocent.