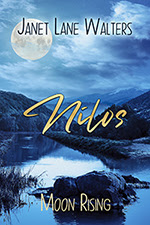 Today we feature something a bit different from our usual author guest posts. Author Janet Lane Walters joins us to talk about the different types of series novels. Janet has been published for 50+ years with time out to work as a nurse to help put her children through college. She is an eclectic writer with works in mystery, romance (both sweet and spicy), adult and children’s fantasy, and poetry. She’s also, along with her writing partner Jane Toombs, an award-winning nonfiction author.  Learn more about Janet and her books here.

Series come in many varieties. There are series that follow one character from book to book. I’m currently reading one now, Anne Perry‘s Monk mystery series. But there are also series in other genres. C.J Cherryh‘s Foreigner Series features science fiction stories with more than twenty books following the adventures and growth of a single man. My own Mrs. Miller’s Mysteries series, beginning with Murder and Mint Tea, follows this format. When I began writing the first book, I didn’t expect it to turn into a series, but members of my critique group liked Katherine, my sleuth, and encouraged me write a series about her.

I have several series of this type, including my Opposites In Love Series and Moon Child Series. These are connected through astrology. In one series the hero and heroine live in the same town, work at the same hospital and are astrological opposites. The Opposites in Love Series was planned, and although the first three books were written close together, the last three came later because I wanted the books to be different from each other, even though they featured the same professions,

The third type of series I call Worlds. One might think this would only apply to historical, science fiction, and fantasy books. Not necessarily. There are contemporary stories that deal with worlds unfamiliar to us. Mike Geraghty‘s Cosantoir (Protectors) MC Series is one such contemporary set of books as is Mary Jo Putney’s Rogues Redeemed and Fallen Angels Regency Series. Another historical series is Jo Beverley’s Malloren Series, which takes place before the Regency period.

Vijaya Schartz has several series in science fiction that are tied to a world view. Her Bizantium Series is one. In fantasy Anne McCaffrey’s Dragons of Pern are fascinating.

I am at present awaiting the release of the fourth Moon Rising series – Incal. The first Book was written as a stand alone. Several years later, I was halfway through Healwoman when I realized I had meandered into the world depicted in Moon Summoned. I returned to reading Moon Summoned for the culture and other items to fill in the details of this world. In the past two years I completed Nilos and Incal, which were recently released.

Series are fun to read and to write.

Return to the world where Midra and Midran rule. The god and goddess have two faces. Midra is Mistrees on the Moon and also Mistress of the Dark. Midran is Lord of light and Lord of shadows. Rons ago, the Three and Three rose, Seer, Warrior, Healer defeated the Lord of Shadows, though remnants of his worshipers remain. As generations pass in the four nomes of the land only a few remain to honor the Mistress. Once again the followers of Midran prevail, leaving trouble to roil beneath the surface. Prophecies abound and many point to change. Will the Three and Three come again?

In Nilos, Healwomen have become only midwives. Their hodara lies in ruins on the bank of the Nilos River in the city of Memphos. Only a few women come for training and remain in the city. Others serve in the highlands and on the desert. The Eldest, she who rules the midwives, sets upon a scheme fo bring the Three to life and to rule the nome.

What will happen when the Eldest sets her plan into action? Will there be just three women or will they find their opposites becoming the fabled Three and Three? Who will rule the changes to come?

Thank you for having me.

Congratulations on your series success! Best wishes for your new release.