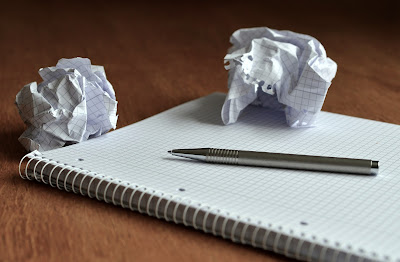 Thonie Hevron is a law enforcement veteran and author of four award-winning thrillers/police procedurals. She lives with her husband in historic Petaluma, California. She belongs to California Writers Club (Redwood Chapter), Sisters in Crime, International Thriller Writers and the Public Safety Writers Association. Learn more about Thonie and her books at her website.

I don’t seem to suffer from a dearth of ideas for stories. As a matter of fact, I currently have two novels percolating in my brain. One is a continuation of a series I’ve written in the past several years, the Nick and Meredith Mysteries. The other is a different kind of mystery/thriller that I have a feeling will be set in Ireland. But I’m not sure I’m done with Nick and Meredith yet. They keep telling me they have another case to work.

But Meredith Ryan and I have been kindred souls for many years now. By Force or Fear was first published in 2012 but I’d worked over a decade on it. I got homesick after I moved from the coastal redwoods where I was raised to the high desert for a civilian law enforcement job. I took up writing about “home.”

1997-98 was a terrible winter for Sonoma County particularly the Russian River resort area. Flooding and mudslides devastated the area. My husband and I had friends who lived there and told us heart-wrenching stories. After working three floods while at Petaluma Police, I missed being able to help. I was too far away.

To salve my yearning for Sonoma County, I sat down and wrote out the description of a Russian River mud slide. I thought it was pretty good. So, I went a step further: What if a home slid down the hill? Who’s house? What kind of drama was playing out inside?

The floodgates opened, and I had an idea. What if my main character was a Sheriff’s Deputy? What if she was being stalked by a respected judge and no one believed her. What if the climax of the story took place inside that house?

Those questions became By Force or Fear. The title is an element of the main crime—stalking. All four of my titles bear the elements of the main crime. These are “ideas” also. Using a theme for stories and titles. The second Nick and Meredith Mystery, Intent to Hold, follows the partners to Mexico to rescue Nick’s brother-in-law when he’s kidnapped. “Intent to hold” is a component of holding someone by force with prior intent. I had to dream up scenarios to fit the crime.

The third book in the series is With Malice Aforethought. “With Malice Aforethought” is required to determine the specific charge. Homicide is the killing of one person by another. Murder is a homicide committed with “malice aforethought.” It’s the common law way of saying that it is an unjustified killing. In the novel, a homicide draws the detectives to the remote hills of Sonoma Wine Country where they find a situation far more dangerous than the single reported crime.

My most recent novel is Felony Murder Rule. This broadens charging the crime of murder: when an offender kills in the commission of a dangerous crime, the offender, the offender's accomplices and/or co-conspirators, may be found guilty of murder. Nick and Meredith are forced to delve into her father’s secrets to find out why their family is threatened.

In each Nick and Meredith novel, the idea for the next book comes from the previous. I always have an idea how the story will proceed and always know the ending. For me, the writing journey is about nuggets of ideas. My husband is helpful when it comes to building construction, fire and medical emergency response (he’s a retired fire captain and arson investigator). He also knows a lot about vehicles and can inspire great verbs for chase scenes.

Also offering a bounty of ideas are setting and weather. The first three books have natural disasters included. How my characters navigate a flood water rescue or escape a raging wildland fire ratchets up the tension. These obstacles must be overcome realistically so I do plenty of research. I’m fortunate to have many retired law enforcement friends who are willing to share their knowledge. I set most of my stories in Sonoma County due to its varied topography and climates.

When the next two novels are complete, I’ll dive into the cigar box where I’ve collected scribbled ideas for new stories. That should keep me working for decades! 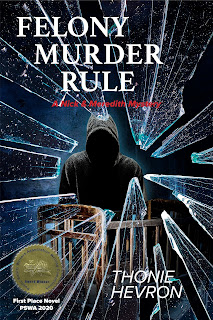 In this fast-paced story, Sonoma Sheriff’s detective Meredith Ryan surprises an intruder leaning over her baby’s crib. Unable to catch him, she launches a dangerous journey to protect her family. The death of her father the next day leads her to delve into his past where she discovers her father was involved in a robbery and homicide many years ago. Working through a web of deceit, she discovers the crimes are connected to the mysterious man in her nursery. With Nick, her husband, they unravel her father’s involvement. The loot from the robbery has been long sought by competing crime rivals who are trying to use her family as bargaining chips. Meredith and Nick must find the truth in the next 24 hours before the criminals close in on her family.

Thanks, Lois, for hosting me today!

We were happy to have you come visit, Thonie.

Thonie,
Insights to your writing are always helpful and fun to read. Thanks for sharing.

Good blog Thonie, and I love the idea that you have your idea bits and pieces in a cigar box!

Loved hearing about all the ideas bouncing around in writing head!

Thanks, George, Janet, Michele and Maddie. Haven't yet figured out how to reply to your comments yet! Thanks for stopping by.

It's always interesting to read about other people's process.
Mystery writer Elizabeth George says (in her new book about writing) that many of her novels start with a place.

Stacey, I'm going to get her book. She's one of my writerly heroes!

I always like reading your blog and guest blog posts. Good info from a very talented writer!

Every book I've read of yours so far has been a winner!

Very informative, Thonie. You certainly have the ability to fashion interesting stories out of experiences. Keep 'em coming.

Thank you, John, Susan, Marilyn, and Mike! I appreciate your comments!